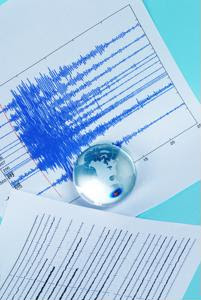 Lean manufacturing practices can create efficiency and reduce waste, but smaller inventories put companies at risk for major supply chain disruptions. Many organizations are reconsidering their procurement strategies for emergency preparedness after discovering their operational vulnerability in the aftermath of the 2011 earthquake and tsunami in Japan, as well as the flooding in Thailand, according to Lloyd's.

Even factories untouched by the 9.0 magnitude earthquake were severely disrupted by power outages or workers being unable to enter facilities. Flooding from the tsunami caused serious meltdowns at the Fukushima reactor, which led to further delays. Toyota was forced to close all of its North American factories, and General Motors temporarily shut down a domestic manufacturing plant due to a shortage of auto parts. More than one-quarter of large U.S.-based businesses were impacted or experienced contingent business interruption after the natural disasters in Japan, Lloyd's reported. Seventy percent of those companies had implemented no specific protection strategy in the event of nuclear contamination, and many experienced a considerable loss of profits.

As supply chains grow more complex, there is a greater need for transparency, according to Triple Pundit. Businesses need to be aware of the risks and impacts of critical suppliers suffering major interruptions in production. Relying on a single supplier for a component or using just-in-time manufacturing processes to prevent a surplus exposes an organization to greater risk, Lloyd's said. Many companies are beginning to dual-source as a preventive measure. Choosing to offshore manufacturing in a country prone to flooding because labor costs are low can potentially be a risky move for corporations. The possible losses in the event of a natural disaster can eliminate cost savings.

Since 2011, many companies have been more proactive about disaster preparation, Lloyd's reported. Companies reliant upon a global flow of products and supplies are becoming more resilient to the effects of natural disasters.