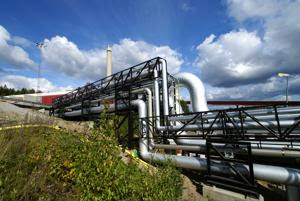 Economists predicted industrial production would increase in April, but it dropped by 0.4 percent, CNBC reported. The decline was the third in four months and the largest since October, resulting from lower production of durable goods and utilities output. Production of utilities dropped 3.7 percent as heating needs returned to a usual seasonal level after a colder-than-average spring. Industry capacity utilization, a measurement of the extent firms are deploying resources, sank sharply to 77.8 percent.

Production of automobiles and car components decreased 1.3 percent, but this decline is most likely temporary because automakers are experiencing stronger sales, according to USA Today. Ford, General Motors, Chrysler and Nissan reported double-digit gains last month, making it the best April car and truck sales month in six years. Car purchases have steadily increased after peaking at a five-year high in 2012.

Factory output is the largest driver of industrial production, and the slowing down may be a result of concerns of how government spending cuts will impact operating costs. In addition to the sequester, businesses are worried they could lose sales due to higher Social Security taxes and reduced take-home pay. Though manufacturing indicators have been disappointing, consumer confidence has remained high. Although businesses are concerned about sales prospects, spending increased in April. Lower gas prices and job growth have helped offset tax increases and enabled Americans to boost spending, USA Today said. The climbing stock market and rises in home prices may be contributing to consumer confidence as well.

Although consumer spending is an indication that economic prospects are not as bad as expected, economists predict growth will slow slightly in the April-June quarter, USA Today stated. However, retail and auto sales are a sign of strength.