Anonymous on Wednesday, May 08, 2013 Travel & Entertainment, 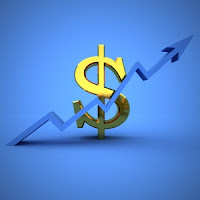 A recent study done by Oxford Economics and sponsored by the U.S Travel Association has brought to light some interesting information. Organizations that did not cut back on business trips to meetings and conferences during the recent recession report being more profitable than those businesses that did scale back on travel. The study was conducted to show the effects business traveling can have on a company's bottom line as organizations slowly begin to invest in business travel once again.


This analysis was conducted as a follow-up study to information gathered in 2009 when companies began reacting to the recession and declining profits by cutting out significant expenses, such as travel. Information for this study was collected and analyzed from government data spanning 14 different industries over an 18 year time period. Following this analysis, 298 business travelers were also surveyed in November 2012.


According to the report published by Oxford Economics, data analyzed from both the Great Recession and recovery has revealed that the companies that grew the fastest during this time were the ones that made significant investments in business travel. Similarly, statistics included in a recently published document by the U.S. Travel Association state, "for every dollar invested in business travel, businesses benefit from an average of $12.50 in increased revenue and $3.80 in new profits".


Of those who traveled during the downturn, only 4% believed that cutting travel expenses during the recession helped improve their company’s bottom line, while 57% said it did not. Business travelers also estimated that failing to travel could result in up to a 28% loss of business. In addition, roughly 40% of respondents believed they were twice as likely to earn new customers in face-to-face meetings than through other channels.


The findings of this report speak to the importance of face-to-face meetings with customers. Business travel now has a proven return on investment and can be one of the best tools an organization can utilize to attract new business while retaining existing clientele.
Travel & Entertainment