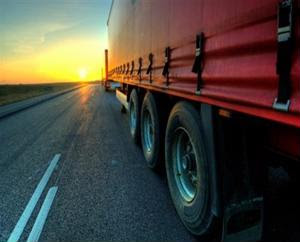 The raw material costs for tire manufacturing has increased consistently over the past decade, raising prices for the logistics industry, according to Heavy Duty Trucking magazine. Natural rubber costs have risen about $150 per pound since 2004. The trucking industry has found ways to adapt to rises in raw material costs.

"In a normal year, raw materials make up about 50 percent of the cost of the commercial tire," Rick Phillips, director of commercial sales at Yokohama Tire Corporation, told the source. "That includes natural rubber, synthetic rubber, carbon black, steel and a host of other organic chemicals, including petroleum."

Crude oil costs have also increased significantly in the past decade. The rise in prices impacted truck tire manufacturers in two ways: as a raw material in tire production and in shipping costs, especially when tires were coming from overseas, the magazine said.

Despite elevated raw material costs for critical components of tires, the trucking industry has responded by making more efficient tires with a longer lifecycle. Though the acquisition price has increased, cost per mile has decreased. In addition to well-built tires, some trucking companies have responded to rising costs by outfitting trucks with automatic tire-inflation systems, Fleet Owner stated. This can reduce operating costs for logistics firms by cutting back on tire wear because low inflation can cause uneven wear.

Though there is no shortage of natural rubber sources, the cost has risen steeply enough to become prohibitive, and some companies are investigating rubber alternatives, according to Heavy Duty Trucking magazine. Natural rubbers come primarily from Asia and West Africa, areas at risk for seasonal monsoons, which can cause fluctuations in supply. Some tire manufacturers are researching alternatives to tropical rubber, such as tree species that can grow in arid climates in the U.S.