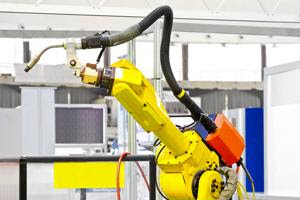 China is losing a great deal of its price competitiveness for manufacturers as direct labor costs continue to rise. Offshore production in China significantly increased the country's GDP and led to a labor shortage, which is making some firms look elsewhere to reduce manufacturing costs, according to the latest PIERS Report.

"China's strength in labor-intensive export manufacturing is waning as factory wages rise at a double-digit pace and labor shortages deepen," said Mario Moreno, the author of the report.

Changes in the labor market are being driven by economic improvements and educational gains among Chinese workers. Wages for Chinese workers increased by 15 percent per year between 2008 and 2010, which means the country is losing its cost-competitive edge for manufacturing. The country also implemented stricter workplace regulations in 2008 regarding working conditions, timely payment of wages and overtime work limitations.

When companies outsourced production to China, managers often considered only the cost per unit and did not account for high transportation costs, inventory time or the loss of quality control, according to San Antonio Express. Oil prices have risen, leading to much higher shipping fees, and with the increased time before a product can reach the market, some manufacturers are choosing to move operations out of China.

The PIERS report found Vietnam, Mexico, India, Thailand, Brazil, Pakistan, Bangladesh, Poland and Cambodia were all countries that may have an advantage over China. Manufacturing made up 15 percent of those countries' GDP and manufacturing labor costs were lower, although not all of the countries were experiencing benefits from production moving out of China.

Firms were looking to manufacturing destinations with a geographic proximity to the U.S. as a way to reduce shipping costs, Supply & Demand Chain Executive stated. Switching to local suppliers can be a more sustainable business model for some companies, especially for products with rapid lifecycles.