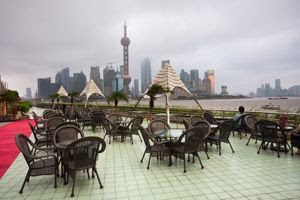 Public outrage over food scandals in China is on the rise as more tainted meat was found in the supply chain, Time magazine reported. In the past three months, more than 900 people have been arrested for selling tainted or suspect meat, including a ring that processed rat and fox and sold it as mutton. In the latest scandal, three suspects have been arrested for allegedly selling 40 metric tons of inedible pork to meat processors and restaurants in several Chinese provinces. Police in the Fuijan province are attempting to track the suspicious meat before it is sold.

Two of the suspects were hired by a county government to safely dispose of diseased pig carcasses, according to the magazine. The pair was able to make a profit by selling the pigs to suppliers for less than one dollar per kilogram. Before the pair was arrested in their warehouse in March, their business was worth more than $500,000.

Police are still compiling a list of the business's clients to try to stop an outbreak of foodborne illness. The pork found in the suspects' warehouses tested positive for two separate swine diseases, China Daily, a local news source, stated.

People in China are particularly outraged the tainted meat came from supplier who were employed by the government. There is no lack of food safety regulations in China, Time said. The country has 40 sets of laws and 300 department regulations to protect consumers from food-related illness, but they are difficult to enforce. Food safety commissions often do not have a great deal of legal support.

High profile food supply chain scandals are very common in China, and it underscores the importance of locating legitimate suppliers. While the tainted pork is thought to be limited to China, recent meat scandals are a reminder of the need for supplier verification.