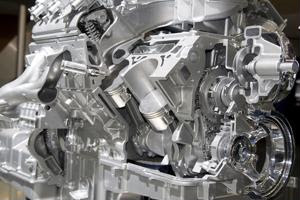 General Motors plans to invest in a new $44.5 million logistics center at its Lansing Grand River assembly plant. The company will add 200 new jobs when the facility opens next year, according to the Lansing State Journal.

The new logistics center will be used to sort and deliver parts to the assembly line, which is intended to reduce costs and transportation times between local suppliers. GM expects the project to streamline the flow of materials to the manufacturing plant, reducing part handling and transportation needs, while cutting costs in the process, Manufacturing.net said. The ultimate goal was to increase efficiency and improve product quality for customers.

The new facility will keep parts in sequence as different models move down the assembly line, which often does not happen in the same order, the LSJ stated. GM is not certain what impact the logistics will have on local parts suppliers. The company felt that moving the parts facility closer to the assembly plant would significantly improve efficiency and reduce operating costs. It could also prevent supply delays and disruptions.

The Lansing Grand River plant currently manufactures the Cadillac ATS and CTS, and it is a contender for production of the Chevrolet Camaro when manufacturing of the vehicle is moved from a Canadian factory to Lansing in 2015, according to the source. A coupe version of the ATS may also begin production in the Lansing plant. This is the latest in a series of investments in GM facilities in the area. When the Cadillac ATS was launched last summer, GM spent $190 million and added a second shift with 600 jobs. The company also spent $88 million when the CTS was retooled. The Lansing Grand River plant currently employs approximately 1,350 workers.