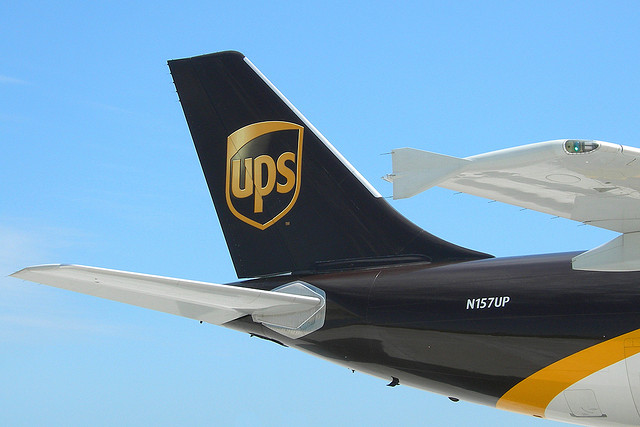 United Parcel Service Inc. (UPS), also known as Big Brown, will have a new look to its air fleet as it plans to install winglets to its Boeing 767s to reduce fuel cost and carbon dioxide emissions. UPS said the winglets will save more than six million gallons of fuel annually and reduce emissions by more than 62,000 metric tons. The winglets will save the company 4% in fuel costs on each flight due to the reduced drag.  Another benefit of the winglet is the reduction of noise emissions by improving take-off performance.

UPS currently operates 54 Boeing 767s, with another five on order. Winglets are already installed on its 747s and MD-11 fleets, and the A300-600 has a similar device on its wings called a wingtip fence. UPS plan to have all winglets installed on its 767s by the end of 2014.

UPS has been a leader in logistics and currently operates the youngest and most fuel efficient air fleet.
However, it strives to continue its goals by reducing carbon intensity by an additional 20% by 2020 from
its baseline established in 2005.

“We believe there is always some way you can improve, and we're applying that spirit to our environmental
efforts," said UPS Airlines President Mitch Nichols. "This is a great example of how we can use existing
technology to save money, lessen our impact on the environment, and serve our customers more efficiently."

When UPS says, “We Love Logistic”, they really do! Maybe underneath all that brown, it’s Green.