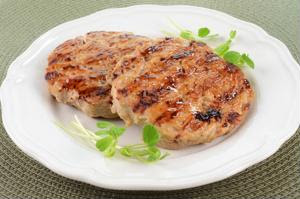 The meat industry has received a great deal of scrutiny in the past few months after the horse-meat scandal in Europe, and new research on ground turkey purchased from retail stores may add new concerns. Consumer Reports tested raw ground turkey and patties and discovered more than half tested positive for fecal bacteria, suggesting contaminated meat is common in the distribution supply chain. Many samples contained salmonella and staphylococcus aureus, two leading causes of foodborne illness.

Large meat production facilities often feed turkeys antibiotics daily to boost weight gain and prevent disease, rather than to treat severe illness in the animals, Consumer Reports said. Many of the drugs used on turkeys are similar to human medicine, which can mean that people who contract foodborne illness will need to try several antibiotics. Much of the bacteria found in the turkey samples was resistant to antibiotics. Feeding drugs to healthy animals can speed up the growth of drug-resistant bacteria strains, and some of the bacteria can cause serious infections in humans in addition to food poisoning.

Consumer Reports claimed ground turkey bearing organic or "antibiotic free" labels was just as likely to contain bacteria as non-organic turkey. Organic turkey can pick up bacteria during processing, although the magazine said this product category was less likely to have antibiotic-resistant super bugs.

Ground turkey experienced the third largest U.S. meat recall in 2011 after food inspectors found a potentially fatal strain of salmonella at a processing plant, according to The Wall Street Journal.

Consumer Reports warned meat labels can be misleading. "Natural" meat is minimally processed with no artificial ingredients added, but the animals may have been fed antibiotics. Although salmonella bacteria may be more common in ground turkey in the supply chain than consumers think, it can be killed through proper cooking. Proper handling of meat before cooking can also reduce the likelihood of foodborne illness.