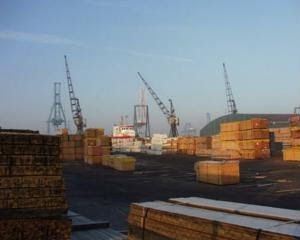 Due to budgetary restrictions, importing delays for fresh produce are expected to continue at U.S. borders, The Produce News reported. Although numbers of imports have risen, there has not been a similar increase in inspectors or facilities. Fruit imports have doubled in the past decade and are continued to grow. Fruit sourced from other countries accounts for almost 50 percent of U.S. consumption. The increase in imports has led to further delays at the border. Accounting for import delays, particularly with fresh produce, may need to become part of risk analysis in strategic sourcing.

Produce imports face stricter new regulations from the Food & Drug Administration, and the food industry may experienced a rise in costs from delays that come from the lack of inspectors, the source said. Fruit shipped from South Africa can take up to 24 days to reach Miami, and if it experiences a delay of three or four days, retailers will not be able to sell it. Logistics planners time ships with promotional opportunities, but retailers are hesitant to schedule promotions if they are uncertain supplies will pass FDA inspection on time.

While import delays can severely impact food companies, small businesses can also suffer when goods do not arrive on time, Entrepreneur magazine said. Ever since 2001, tighter anti-terrorism regulations have made it more difficult to ship products to the U.S. Small companies can end up having to pay customs fees themselves, which increases merchandising costs, and this can be a challenge since they typically have less capital than bigger corporations. Importers need to ensure they have complete and accurate paperwork for all shipments because small errors are a major cause of border delays, and it can hold up a shipment for an additional five to seven days.