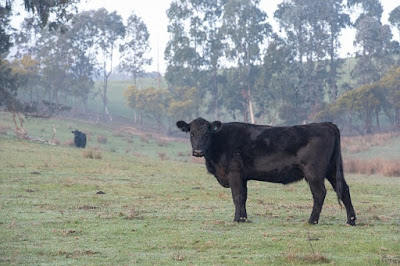 Vertical integration in the retail and grocery supply chain is a fairly recent phenomenon. Back in 2017, Food Dive reported that chains including Kroger and Albertsons were realizing the benefits of processing and bottling their own milk. Albertsons' 55,000 square-foot facility has even provided additional capabilities to produce juices, teas, and other drinks.

Costco took in-housing to another level last year in an effort to optimize the supply chain for its famous $4.99 rotisserie chickens. Experiencing 8% annual sales growth since 2010, the chickens have become a popular selling point for the chain.  Costco has, nevertheless, maintained the $4.99 since 2009. They hope a new poultry production facility in Nebraska will help stave off any price increases.

The decision made Costco the first retailer to shoulder the risks associated with the meat supply chin. It was immediately clear, however, that their efforts would likely set a new precedent.

Last week, the world's largest retailer announced its own ambitious plans to create an end-to-end meat supply chain. According to Walmart's senior VP of meat, the company is on a mission to "create an unmatched system that allows [the company] to deliver consistent quality and value." They're pursuing this mission by partnering with best-in-class providers and entering the Angus beef business.

This news comes shortly after another major change to company's beef supply chain. Since 2017, Walmart stores have exclusively offered Angus cuts. Their new supply base will include a partnership with Texas' largest producer of black Angus beef, 44 Farms. Sales for the higher-quality cattle breed hit record levels during the last fiscal year.

Walmart will also retain partnerships with major suppliers including Tyson and Cargill. Analysts are skeptical that the move will hurt Tyson in the near future. Heather Jones, an analyst at Vertical Group, remarks, "I don't anticipate much of a near-term negative impact on Tyson." Tyson, for their part, maintains that its largest customer is still integral to success.

While Tyson and Cargill will continue to provide the majority of Walmart's meats, 500 stores across the Southeastern states will enjoy access to a supply of the retailer's own no-hormone-added steaks and roasts. Walmart expects the new supply chain will also create hundreds of jobs across locations in both Kansas and Georgia.

Most crucially, Walmart's latest move will arm the business and its customers with a new level of visibility into the agricultural supply chain. The company suggests the call for more supply chain transparency was among its strongest motivators. "As clean labels, traceability and transparency become more and more important to customers," they write, "we've made plans to enter the beef industry."

We'll soon know whether the last several years of effort can help Walmart continue fighting off eCommerce and maintain its position as the nation's largest grocer. Other recent initiatives include plans to trace leafy greens with blockchain and double the number of stores offering delivery services.
Trending