Carly Fiorina Calls for Accountability, Transparency, and Diversity at ISM2019 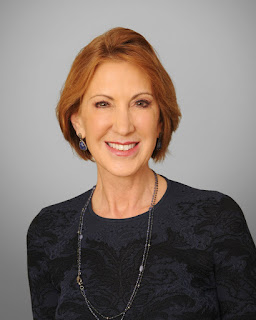 Carly Fiorina, the former CEO of Hewlett Packard, followed her keynote address at ISM2019 with a private Q&A session at Source One's ExecIn Forum. Addressing leaders from across Supply Management, she opened by acknowledging a troubling reality. "The political system," she asserted, "is not geared towards problem solving. It's geared towards winning." She went on to suggest that this win-at-all-costs mentality has infected the business world and that the world at large is all the worse for it.

True leaders, Fiorina suggested, are not motivated by winning. They don't look at success as a matter of closing deals, generating savings, or outpacing the competition. Rather, their primary motivator is motivation itself. They live to inspire and empower their teams. They strive to build diverse organizations and draw out the potential of each and every team member.

While 'diversity' can sound like a buzzword, Fiorina is quick to acknowledge its supreme importance. "If you look around at your team," she says, "and they all look like you, and think like you, and act like you - that means you're doing something wrong." Crucially, it also means your business will never reach its full potential. 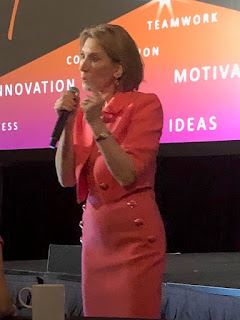 While a lot has changed since she became the first female CEO to lead a Fortune 50 company, a troubling lot has stayed the same. Today, women occupy just 16% of c-suite roles. That number has remained "stubbornly the same' for over two decades. This is in spite of over $8 billion in annual spending on diversity training.

Fiorina believes the corporate world's problems remain largely unsolved because leaders are unwilling to consider opinions other than their own. They're unwilling to trust their teams and even less willing to weather the criticism that might come with trying to make a change. 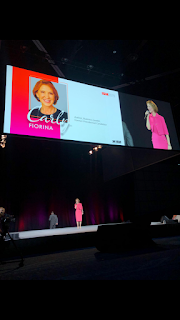 In addition to putting trust in the opinions of their employees, real leaders are willing to look out into their customer base to learn how they can improve. Fiorina recalled her early days as the CEO of Hewlett-Packard. Faced with inefficiencies and opacity, she was eager to make a change. While she recognized that, "Changing the status quo brings criticism," she knew that HP's customers would support her efforts to transform the business. And they did. Providing "compelling voices for change" they empowered her to cut trim HP's bloated supply chain and inspire a new level of confidence."

Ultimately, she suggests, "consumers are in charge. She continues, "I don't care who you are, think how quickly consumers can make or break your company and its reputation." Organizations of any size, in any industry can benefit from changing the way they engage and inspire their customer base.
"Consumers have more power and more choice than ever before." This unbelievable power demands a class of company who will bring the costumer in and take their point-of-view seriously. While the majority of companies still have a lot of work to do, Fiorina remains confident. She believes that a new generation of leaders is ready to drive innovation without waiting to be told. Some inspiration, she hopes, will come from her new book on leadership.