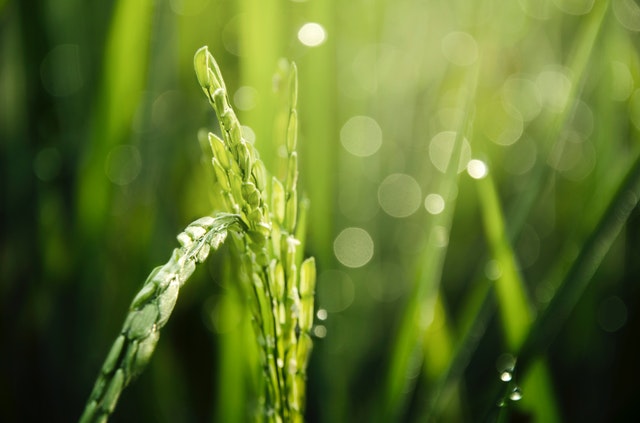 More and more, sustainability is top of mind for corporations and consumers. As forecasts grow increasingly dire, it's clear that businesses have a lot to lose if they fail to make environmental responsibility a central component of their missions. The last several years have seen campaigns to eliminate plastic, cut down on carbon emissions, and promote recycling have recently moved from the fringes to the very center of cultural discourse.

A recent Nielsen report suggests sustainable efforts are essential for securing this confidence. While millennials and members of Generation Z are often credited with driving this shift, they're far from alone. Nielsen found that a staggering 81% of survey respondents feel strongly that organizations should commit themselves to improving the environment. Businesses recognize the need to take action. PwC states that 72% of organizations have worked the UN's Sustainable Development Goals into their annual reports. Recognition and actual action, however, still do not go hand-in-hand. Just 27% have actually begun to work these goals into their strategies.

Maintaining trust - and winning back the trust that's been lost - will mean making green Supply Chain Management more than a buzzword. Retailers, in particular, face both a wealth of risks and a world of opportunity.

No industry can avoid the conversation around sustainability. While some sectors have seen more progress than others, just about every business out there has had to at least pay lip service to sustainability and green sourcing. For organizations in the retail space, the conversation has proven particularly inescapable.

Leaders throughout the retail space have made an outsize contribution to climate change and pollution throughout the last decade. A recent estimate from the Ellen MacArthur foundation charged retailers with releasing one million tons of plastic microfibers into the planet's oceans every year. This is in addition to a growing carbon emission problem. The Foundation predicts that - by 2050 - retail will use up more than a quarter of the world's carbon budget.

Consumers got an eye-opening lesson in the retail industry's wasteful practices last year. When luxury brand Burberry revealed its environmentally destructive methods for eliminating excess inventory, the floodgates opened up. Brands ranging from H&M to Urban Outfitters found themselves faced with boycotts and harsh critiques for similar practices.

A number of these organizations responded to the controversy by joining the industry-wide fight against climate change. As 2018 drew to a close, Burberry and H&M aligned with 41 other organizations in signing the Fashion Industry Charter for Climate Action. Outlining a number of ambitious goals, the Charter hopes to "set an example" for businesses across across both the industry and the globe.

Gap Inc., another of the Charter's signatories, announced a broad series of sustainability initiatives just in time for Earth Day 2019. Affecting the Banana Republic and Old Navy brands, today's announcement builds on commitments announced back in 2017. Over the last two years, Gap's flagship brand has taken an especially active role in reducing water use across its supply chains. Their Washwell program, they report, has saved over 220 million liters of water in comparison to more conventional washing methods. 2017's announcement also saw the brand establish its Gap for Good program and commit to fully sustainable cotton sourcing by 2021.

The issue of water waste is a particularly critical one for the Gap family of brands. A company spokesperson writes, "The global apparel industry is one of the largest, most intensive users of water in the world." That's why they've taken pains to set new industry standards for "product innovation and efficiency improvements at fabric mills and laundries." Their ongoing efforts began over a decade ago with the introducing of a comprehensive Water Quality Program.

Washwell will serve as an important component of Banana Republic and Old Navy's efforts over the next several years. By 2025, the former has committed itself to produce 50% of its products with techniques that will reduce water waste by at least 20%. In addition to adopting Washwell's principles, the brand will also employ more sustainable methods for dying and finishing its denim products.

Mark Breitbard, Banana Republic's CEO, remarks, "Banana Republic is committed to using production techniques that will save and preserve water quality while creating versatile and more sustainable fabrics that our customers have come to know and love." The retailer also aims to source all of its content from sustainable sources by 2023.

Old Navy, for its part, will ramp up its participation in Washwell. While 60% of the chain's denim is currently washed through the program, Old Navy hopes to bring that number up to 100% by 2022. "The brand," Gap's press release notes, "sells 27,000 Rockstar jeans a day." As such, this change to its denim supply chain represents a potentially transformative opportunity.

Deloitte's most recent survey of young professionals confirmed that corporate reputations took a hit in 2018. Just 48% of respondents believe that businesses are committed to ethical behavior. That's down from 65% in 2017. Whether this trend continues, it's clear that corporations need to start putting their words into action and making actual progress toward more sustainable supply chains. It's not enough to make commitments on Earth Day, true business leaders will live out their promises all year round.