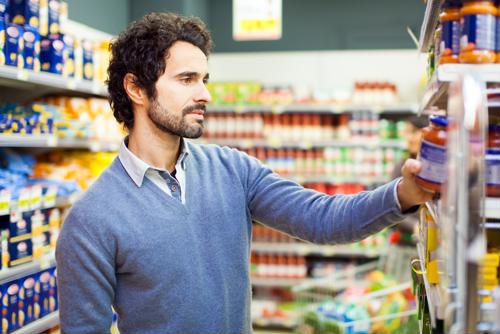 The pilot will continue to feature self-driving cars making grocery deliveries to shoppers who order through the store's website or app, though it will now take place in a city where Kroger enjoys top market share with 102 locations, but also more competition in the form of rivals such as H-E-B, Walmart and Whole Foods.

The Houston pilot will follow the same template established in Scottsdale, meaning self-driving Toyota Prius vehicles with human operators in the passenger's seats will lead delivery at first, followed by the fully automated Nuro R1 models later this year. Groceries will also continue to be available for same-day and next-day autonomous deliveries seven days a week for a $5.95 flat fee with no order minimums.

One change represented by the move to Houston is that Kroger will offer delivery from two stores, reaching customers across four zip codes in the metropolitan market, as compared to the single zip code served by the phase-one pilot in Arizona.

"Our Arizona pilot program confirmed the flexibility and benefits provided by autonomous vehicles and how much customers are open to more innovative solutions," said Yael Cosset, Kroger's chief digital officer, in a press release announcing the program. "It's always been our shared vision to scale this initiative to new markets, using world-changing technology to enable a new type of delivery service for our customers."

The Arizona pilot program also reportedly succeeded in generating repeat customers and high user satisfaction, perhaps in large part due to the novelty of the unique experience.

"It was like a sci-fi movie," one satisfied customer told Arizona Central. "The doors opened upward and there were my groceries."

"We've seen first-hand in Arizona how enthusiastic customers are about getting their Kroger groceries delivered by a Nuro self-driving vehicle," said Nuro co-founder Dave Ferguson. "Texas has been a leader in encouraging self-driving innovation, and we're excited to help deliver that future for Houston."

The exact details of the Houston pilot, such as how many cars will be in operation, are not yet known, though looking at the example of Scottsdale should prove instructive. According to Supply Chain Dive, Nuro utilized about a dozen Prius vehicles with an operator on board in Arizona, before eventually deploying two fully automated R1 vehicles. Deliveries ran 13 hours a day, and around 60 Nuro employees were required to support operations.

It's also still unknown whether such a program is profitable at the moment, though should autonomous solutions for last-mile delivery issues become increasingly ubiquitous in the future, Kroger and Nuro appear poised to lead the way forward.
Procurement News