Home Trending Blockchain Takes a Seat at the Thanksgiving Table

Blockchain Takes a Seat at the Thanksgiving Table 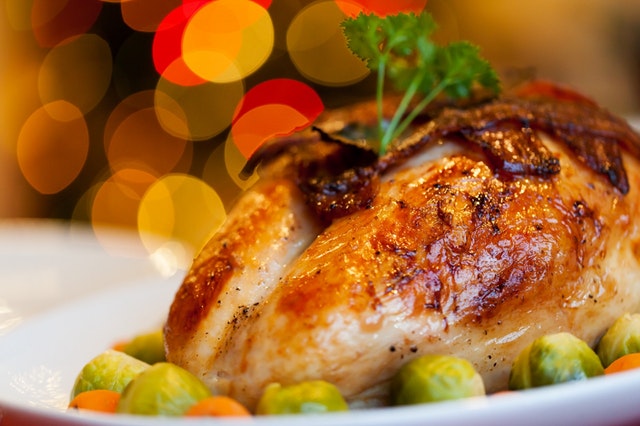 It's been a rough year for the food and beverage value chain. Consumers and corporations alike have suffered the consequences of contaminated products ranging from romaine lettuce to cake mix. While few episodes were as frightening as this summer's E. coli outbreak, each new headline has diminished consumer trust and amplified the calls for a more transparent, traceable supply chain. In late-May, a letter signed by nine consumer groups read, "It is no longer acceptable that the FDA has no means to swiftly determine where a bag of lettuce [for example] was grown or packaged."

Businesses including Nestle and Walmart hope that blockchain-powered solutions will provide the means to do just that. Joining IBM's Food Trust program, both brands have outlined ambitious plans for increasing traceability, improving product quality, and protecting the health and safety of their customers. They're not alone.

To serve these discerning consumers, Honeysuckle White engaged four of its farms to participate in a pilot traceability program. Turkeys arrived at stores with special codes on their packaging. By entering these codes into their phones, consumers could quickly and definitively trace their Thanksgiving dinner back to its origin. They announced the program in a press release that concluded on a speculative note. "Cargill will use the pilot," it read, "to learn more about the value of traceability in its turkey supply chain."

Presumably, Cargill's findings were promising. The Minnesota-based corporation recently announced it would not only reintroduce the program, but expand it to include a full third of Honeysuckle White's fresh Thanksgiving turkeys. While last year's program mostly served Texas-based shoppers, this year's iteration will send traceable poultry to metropolitan areas in 30 states. These include Denver, Nashville, Seattle, and various markets across the Midwest. Kassie Long, brand manager for Honeysuckle White, remarks, "We launched this program as a pilot in 2017 and are expanding it this year to meet increased consumer demand for farm to fork transparency."

Consumers aren't the only ones eager to see the program grow. Honeysuckle White reports that their farmers have also "expressed an overwhelming interest in participating in the traceable turkey program" over the last year. The program's second iteration serves their enthusiasm by expanding to include more than 70 family farms. The codes on this year's batch of turkeys will also enable shoppers to engage more directly with these farmers and develop their understanding of the agricultural supply chain. In addition to the farm's location, these codes will tell a story by providing photos and personalized messages from each participating farmer.

Shoppers who elect to purchase a Honeysuckle White turkey will get an early holiday present this year. They'll enjoy the peace of mind that comes with a traceable, verifiable food supply chain and, in Cargill's words, "greater confidence in the food they purchase and eat."