Home Trending The Highs and Lows of the Hemp Supply Chain

The Highs and Lows of the Hemp Supply Chain 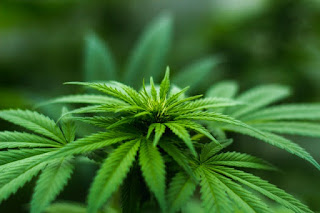 In December 2018, a little piece of legislation you may be familiar with was signed into law: The Farm Bill.

For Senate Majority Leader Mitch McConnell (R-KY), however, hemp legalization was the crowning jewel of 2018's edition of the Farm Bill - an initiative he spearheaded in the wake of struggles for the agricultural sector. For the year, Net Farm Income forecasts saw a 16 percent decline, or an estimated $12 billion loss, according to the United States Department of Agriculture Economic Research Service.

Hemp legalization could result in a $20 to $22 billion industry by 2020, according to cannabis experts from Brightfield Group. Such profit could shift the farming narrative towards positive net gains.
But the grass – or in this case, plant – is not always greener on the other side. Despite immense growth opportunities, farmers struggle to meet demands for industrial-strain hemp due to a complex and convoluted supply chain.

The emerging hemp market suffers from a lack of experience and expertise, with most farmers using a time consuming and expensive process. Faced with a new crop, they're largely unfamiliar with any alternative approaches.  This system is inefficient, as hemp is mined for CBD and THC, compounds found inside the flower which require little maintenance relative to their counterpart compounds. Furthermore, the average hemp plant contains very little CBD and THC. For every batch of harvested hemp plants, only a fraction is ultimately utilized for industrial products.

Compounding the problem is a lack of transparency and legality – farmers cannot gauge how much CBD a plant produces until the plant is cut. Additionally, during the concentration process, THC moves with CBD and can produce an amount exceeding the legal limit.

Yet legal limits pose little concern for manufacturers. There are no regulations on labeling products or testing products for CBD, while CBD tests remain relatively inaccurate. According to one farmer interviewed by CNBC, four labs gave his hemp four vastly different readings for CBD concentration.

The sector’s ambiguity further contributes to marketing difficulty and consumer confusion. Without any science to differentiate the potency of isolate, hydroponic, water soluble, and other forms of hemp, consumers have little information to rely on when making purchasing decisions.

Whether hemp becomes the next big market, or another cog in the agricultural machine, remains uncertain - only time will tell.
Trending