Well water in Midwest may be contaminated in wake of flooding 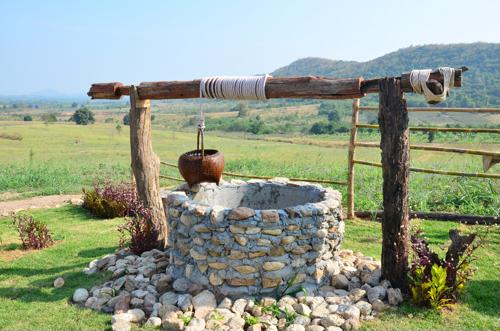 Midwesterners are glad to see winter go, but the season will most certainly not be forgotten, as the region was soaked with record amounts of heavy snow and rainfall that's left businesses in a world of hurt. Farmlands have been decimated - along with livestock - manufacturing and warehouses flooded and kitchens closed due to the devastating fallout. The untold levels of destruction have ground the supply chain for thousands of businesses to a much-to-be-expected halt.

While companies seek to resume operations as soon as possible, befouled water supply lines may prevent that from happening.

"Over 1 million wells are located in the affected counties."

More than 300 counties on pathogen alert
10 states - as far north as Wisconsin and as far south as Missouri - and potentially as many as 300 counties have wells whose water could be contaminated with dangerous levels of pathogens, including E. coli, coliform and other harmful microbes, according to a recent report from the National Ground Water Association. Although it's impossible to determine how many wells are affected given the current state of affairs in the region, the NGWA says the number could be in excess of 1 million assuming they were all impacted.

Chuck Job, who heads regulatory affairs for NGWA and led the analysis, said that while the bomb cyclone has thankfully long since passed, it's aftereffects are still being felt - particularly among farmers.

"Although the ground is frozen in March in most of this vast, productive agricultural region, wells can still be vulnerable," Job explained. ""Even slight flooding around a well can potentially carry contaminated water to the wellhead, and if the wellhead is cracked or faulty in any way, the well and water system could be compromised."

Water's importance can't be overemphasized
Aside from it being necessary to life, virtually every business sector runs on water. From the farmers who use it for irrigation to the restaurateurs who need it for cooking and baking purposes, well water is an indispensable natural resource that companies need to function even at their most basic level. It's not known for certain the extent to which water supplies have been contaminated, but given the adverse health effects of E. coli and other pathogens, businesses can't afford to risk whether their water is safe to drink and use.

Kevin Masarik, groundwater education specialist at the University of Wisconsin-Stevens Point Center for Watershed Science & Education, told CNN that potentially toxic amounts of chemicals may be floating in well water also, including pesticide residues from farmlands, oil and gasoline from motor vehicles and machinery.

Certain states were affected by the bomb cyclone more than others, and as such, likely have more flood-impacted wells. NGWA says Wisconsin may have as many as 281,141 contaminated wells, with Minnesota and Illinois also topping 250,000 and 200,000, respectively.

The only way to know for sure is through testing. CNN reported that Nebraska is partnering with the Environmental Protection Agency so private well owners can have their water examined free of charge. Masarik warned that classic indications of contamination that necessitate further review include odd smells and discoloration.
Procurement News