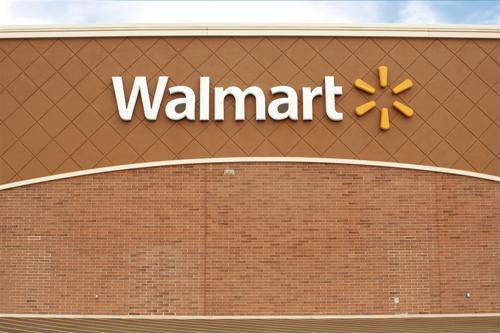 The world's largest company by revenue is partnering with Europe's largest bank, in order to provide financial incentives to suppliers working towards creating a more sustainable supply chain.
Walmart has joined forces with HSBC to allow its suppliers to apply for improved financing with the

London-based bank if they can show progress under the Arkansas-based retailer's Project Gigaton or Sustainability Index program initiatives.

Most of the environmental impact that can be attributed to a company of Walmart's size is created by its suppliers, which explains why they have been the focus of the retailer's sustainability initiatives in recent years.

In 2012, the company pledged that by 2017, it would buy 70% of the goods sold in its U.S. stores and clubs from suppliers participating in the Walmart Sustainability Index program, which was developed by The Sustainability Consortium to help Walmart benchmark suppliers and encourage continuous improvement.

Walmart has also committed to reducing the carbon intensity of its own operations in China, and the company says it incorporated energy-saving features into the 33 new stores it opened in the People's Republic last year. But increasing supplier sustainability is a much larger goal for the supermarket giant.

"The procurement standards of a buyer are a huge driver for sustainability," Natalie Blyth, HSBC's Global Head of Trade and Receivables Finance, said in a press release announcing the new financing incentive for Walmart suppliers. "In many industries it is a company's supply chain - rather than the company itself - that is responsible for most of the environmental impact and therefore offers the greatest potential for sustainability improvements."


Effects of climate change a practical concern for many suppliers

While the perception of environmental friendliness is no doubt a public relations win for corporations, for many companies, climate change presents a genuine threat to revenue, as certain environmental changes can seriously disrupt operations.

"Embedding sustainability in global supply chains is not only beneficial for the environment and society, but also for companies' bottom lines," Blyth noted.

The Carbon Disclosure Project's 2019 supply chain questionnaire found that only 57% of suppliers report emissions reductions activities and just 35% having a structured carbon reduction target, concluding that those suppliers who fail to act sustainably may pay a significant price.

The CDP believes that incentives like the improved loan terms being offered by HSBC and Walmart are a good way for companies to encourage emissions reductions, as opposed to only threatening suppliers who fail to reduce their carbon footprint with financial consequences.

"Alongside the stick, purchasers can offer carrots: members of the CDP supply chain program recognize that supplier incentives, reward and recognition can go a long way to instill sustainable change," the global organization said.
Procurement News