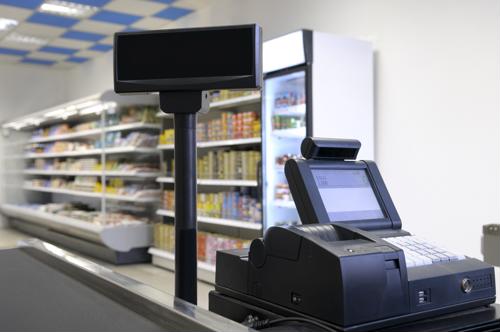 The complexities and challenges of the grocery supply chain are unique, and combine elements from other industries. The pressures of retailing goods in an era of changing consumer preferences and expectations are present, coupled with the difficulty of keeping perishable goods fresh and salable. Organizing a truly modern grocery supply chain is a challenge worthy of a new generation of creative and ambitious leaders, and success in this area can convey competitive advantage.

Traditional grocery industry players can use such differentiation to fight back against the alternative, online-native companies that are making their mark in food sales. Whether a business comes from the previous era of large retailers or the current milieu of agile disrupters, there's value in a responsive and intelligent supply chain.

Leadership vs. industry pressure
International Grocery Distribution's Alan Hayes recently described the distinctly modern issues facing food retail organizations. Coping with the situation will require a commitment to constant, forward-thinking change, because the forces acting upon the grocery space are continuous processes rather than one-off events. Hayes specified that existing business models are crumbling. Rather than simply tuning up their speed or cost structures, chains may have to rethink the basic ways they operate.

In addition to the disruptive nature of supply chain model changes in grocery, firms are finding themselves reacting rather than leading the way. When an outside force such as global economic conditions, shopper preferences or environmental pressures takes a hand, it's up to grocery leaders to come up with a way forward. Hayes specified that the presence of systems such as artificial intelligence and process automation - trends well known in other kinds of supply chains - will allow companies to fight back.

The type of leadership that can get a grocery supply chain through the gauntlet of modern pressures and model changes will involve contributions from managers at all levels of an organization. Decisions that once could have been handled by a company's CEO, taking on every significant initiative personally, should now be shared among the team. Hayes stated the importance of both an established hierarchy - which keeps companies organized - and shared, integrated leadership at all levels.

Making modern decisions
What does some of the resulting bold and creative decision-making look like in practice? Forbes contributor Brittain Ladd suggested a recent partnership between Tesco and Carrefour could act as a testing bed for truly modern grocery operations, especially if the two companies fully combine their forces and adopt systems such as AI and advanced forecasting. These new intelligent functions would be handled from a "center of excellence" and have a direct positive impact on customer experience.

Collaboration could come in many forms for organizations with such a close bond, and successfully coordinating such a supply chain advancement would be a way to fight back against increasingly fierce competition. In the example of Tesco and Carrefour, both organizations come from the legacy side of the grocery market. Becoming more tech-savvy and collaboration-happy could be a way to derive performance improvements that will allow the chains to compete against the online-native interlopers entering their space.
Procurement News