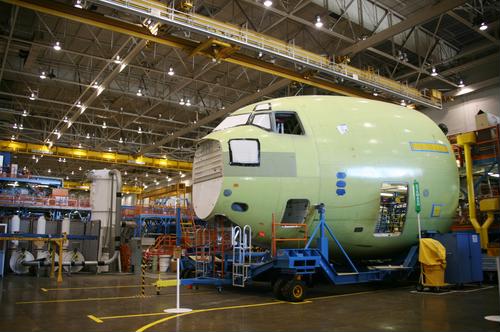 On March 10, an Ethiopian Airlines 737 MAX crashed shortly after takeoff, killing all 157 people on board and recalling a similar tragedy that occurred five months earlier, when another 737 MAX crash left all 189 passengers and crew dead.

Boeing responded by reducing production levels for the 737 MAX from 52 aircraft per month to 42, which the company says has cost it at least $1 billion thus far. On a recent earnings call, Boeing CEO Dennis Muilenburg also confirmed that the delivery of new planes is still on pause.

"This decision will enable us to invest in the broader health and quality of our production system and supply chain," Muilenburg said. "We will continue to assess our production plans, and we'll make decisions at various waypoints as to whether further rate adjustments are needed based on information we have at that time."

As a result of the grounding, Boeing has delivered 50 fewer 737 MAX planes than planned, which Boeing CFO Gregory Smith said has dealt a blow to the company's revenue, operating income and cash.

"In our view, we continue to see risks in Boeing stock until the US, European, and other regional aviation regulatory bodies certify the MAX fix and the aircraft returns to service," said Bank of America Merrill Lynch Global Research in an analyst note after the call.Analysts believe that the American airplane manufacturer's ability to recover from the crisis will hinge upon whether regulators allow the plane to once again take to the skies, according to Supply Chain Dive.

Also playing a significant role in the company's recovery will be its supply chain, according to Smith. Getting the planes delivered quickly and ramping up production levels will require the agile machinations of a speedy supply chain.

According to Reuters, the U.S. Federal Aviation Administration could clear the 737 MAX jet to fly in late May or the first part of June. If and when the plane is cleared to fly again by regulators, Boeing will have to quickly start getting orders for the plane off the assembly line and get the necessary updates to planes that have already been delivered to customers.

"We have teams that are ready, positioned by tail number with the 737 MAXs that are already out in the fleet to get those airplanes ready and back up and flying for our customers, and we also have an integrated introduction plan including our supply chain that will allow us to pivot and move forward," Muilenberg said.

However, some analysts view Boeing's supply chain not as a source of strength, but as an additional vulnerability.

"Risks specific to Boeing would include increased supply chain operational issues which cause significant delays in deliveries," UBS Investment Bank said in an analyst note. "If the company is unable to continue to squeeze cost out of their operations and the supply chain, it could result in margins not reaching our estimates."
Procurement News