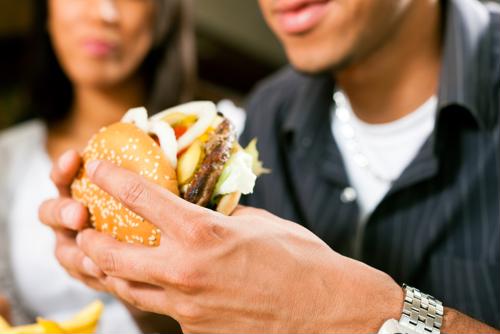 Whether to satisfy customer expectations or simply to make a fundamental change in company policy, an increasing number of fast food chains and quick-serve restaurants are peeling back the curtains on their supply chains, being more transparent about how they produce, prepare and deliver the millions of meals they serve in a given year.

While the changes, for the most part, have been well received, various organizations don't want them to rest on their laurels. Case in point: The Federation of State PIRGs.

In a recent statement, the public interest and health advocacy organizations called on fast food giant Wendy's to cease and desist the utilization of antibiotics in their cattle-raising processes. Proponents of such a move say that the routine use of antibiotics for non-medical reasons has led to the rapid development of so-called "superbugs," which are resistant to antibiotic medication, thus harder for physicians to diagnose and successfully treat various diseases and conditions.

Matthew Wellington, U.S. PIRG Education Fund director, said Wendy's doing so is a move that would benefit the overall public and be a major step forward toward combating antibiotic resistance.
"We can't waste life-saving medicines to produce cheap beef," Wellington warned. "The cost to our health is too high, and Wendy's can use its buying power to help move the beef industry away from overusing antibiotics."

McDonald's says it will curb use of antibiotics
U.S. PIRG is essentially asking Wendy's to follow in the footsteps of a fast-food rival of theirs, McDonald's. Late last year, executives at the Golden Arches assured its loyal customers that it would seek to  "reduce the overall use of antibiotics" - which presently accounts for 85 percent of its beef supply chain. In a press release at the time, Keith Kenny, global vice president of sustainability at McDonald's, said the company aims to implement various reduction targets no later than December 2020, by working in partnership with like-minded producers.

"McDonald's believes antibiotic resistance is a critical public health issue, and we take seriously our unique position to use our scale for good to continue to address this challenge," Kenny explained.

Wendy's already taking steps toward reduction
Although Wendy's has yet to decide whether it will rise to U.S. PIRG's challenge, there's reason to believe that the fast food giant will acquiesce to the organization's request. Last year, for example, approximately one-fifth of its beef came from producers who aren't using antibiotics to the same extent as they have in the past, the Chicago Tribune reported.

Wellington told the newspaper that for Wendy's to make truly lasting changes, their commitment has to be significant. In other words, they need to have more skin in the game.

"It can't be this incremental step forward; it has to be visionary," Wellington said. "That's what's going to push producers to change this practice."

The harsh effects of antibiotic resistance are reaching epidemic proportions. According to a recent estimate from the Infectious Diseases Society of America, as many as 162,000 men, women and children in the U.S. alone die from these kinds of infections each year. This means they're one of the top three causes of health-related deaths in America.
Procurement News