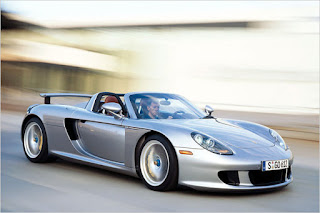 Last year, Ted Leonhardt, co-founder of The Leonhardt Group, quipped in Branding Magazine, “Mr. Procurement exists for one reason only: to get the most while paying the least.” With marketing and branding results difficult to quantify, cost does play a role in the selection and negotiation process. AdvertisingAge’s survey of 113 procurement executives further supports Leonhardt’s opinion, stating that 94% of the execs agreed that cost reduction is a critical factor when conducting marketing procurement. It is important to emphasize, however, that to assume that price is the only decision-making factor would be grossly oversimplifying the process. Take for example Porsche and the automotive industry.

After a lengthy six-month pitch, Porsche recently decided to retain its incumbent, Cramer-Krasselt, as its agency of choice. The Chicago-based independent company also recently added Patron to its list of clients and has been the lead creative agency for Panera Bread. According to Adweek, after meeting with a multitude of shops early in 2013, the auto company narrowed their list to five: independents such as Droga5, Olson, as well as MDC Partners’ CP&B and Cheil’s McKinney, and the incumbent. As agencies go through a notoriously time and resource-intensive process vying to win the hearts and minds of their potential clients during the pitch process, both buyers and sellers take the opportunity to assess and reassess each agency’s understanding of the brand and cultural fit.

To note, while Porsche’s advertising spend is relatively small in the automotive industry (a meager $23 million in 2012 U.S. advertising compared to General Motor’s $1.78 billion in 2011 and Chrysler’s $1.19 billion in 2011), it is critical for Porsche to spend the money wisely, as their audience is a highly targeted group.

In a fiercely competitive industry, a practiced "Mr. Procurement" is forced to consider factors beyond saving a few cents. AdAge’s survey adds that more mature marketing-procurement groups also focus on other quantifiable metrics such as brand-health and market-share increases, to measure success. Andre Oosthuizen, vice president of marketing for Porsche Cars North America, Inc. states, "The decision to extend our partnership with Cramer-Krasselt was based on the agency's committed senior leadership, unique understanding of our brand and their innovative work. They have been a valuable, collaborative partner and we look forward to continuing to work with the team at Cramer-Krasselt."
Marketing