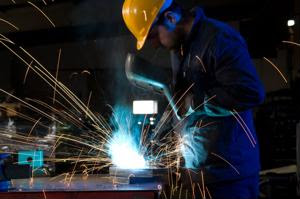 Mexico's manufacturing advantages are growing in comparison to China, according to a new study from Boston Consulting Group. By 2015, Mexican manufacturing labor costs are expected to be 30 percent lower than China's, and Mexican workers produce more goods per hour.

Improvements to Mexico's manufacturing sector are helping boost the country's economy, The Wall Street Journal reported. With continued investments in factories, the sector will produce an additional $60 billion worth of goods within the next five years, and much of the output will be exported to the U.S. American manufacturing firms are increasingly seeing Mexico as a more cost-effective production destination than China. Mexican products contain four times as many American-made parts than Chinese goods, so U.S. parts suppliers could boost sales.

Electronics, appliances, automobiles and equipment are the product categories with the most to gain from bringing production the Mexico. Factories in the country have focused on gaining an expertise, which means companies that move production to Mexico can potentially improve quality, Bloomberg Businessweek stated.

Energy costs in Mexico are linked to natural gas prices in the U.S. because of the proximity, so manufacturers could take advantage of lower expenses. China has higher natural gas and electricity costs than Mexico, the source said.

However, one of the obstacles of moving manufacturing to Mexico are concerns over security, according to The Wall Street Journal. Some companies consider shifting operations to Mexico and then decide against it because of the risks and instability. For some, the potential for cost reduction and being closer to consumers is worth investing in additional security.