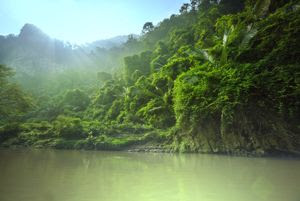 Palm oil is used in a variety of consumer products from food to cosmetics, and many feel it should only be used if it was sustainably sourced. Choice, an Australian consumer group, said items containing palm oil should be specifically labeled, according to Food Magazine.

Under current regulations in Australia, palm oil can be labeled as vegetable oil, and it is currently the most-consumed edible oil in the world. Choice said as many as 50 percent of packaged products contain palm oil, but only 14 percent of it is sustainably sourced. Since palm oil has been linked to deforestation and environmental damage, it underscores the importance of procurement's role in sustainability efforts.

The U.S. and Canada already require palm oil to be labeled, and the E.U. will begin labeling different types of vegetable oil in 2014, Food Magazine said. The Australian Food and Grocery Council announced it supported sustainable sourcing of palm oil by 2015, but it did not want labels to be mandatory, according to The Age, an Australian news source. The council did not think labeling was enough to stop deforestation and improve sustainability.