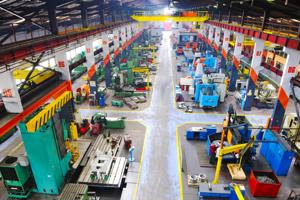 Companies are analyzing costs of manufacturing, and some are reshoring production to the U.S. Many firms moved production to China based only on cost per unit, and now this may not be the most cost-effective strategy, according to Thomas Net News. Offshoring production used to allow retailers to offer items at a lower cost to consumers, but as manufacturing labor costs and logistics fees rise, companies are moving operations to locations where they can better serve their customers.

To achieve a cost advantage when doing business with China, many companies needed to purchase in bulk, which could lead to high levels of inventory and potential waste, the source said. Small-business manufacturers could end up at a disadvantage in terms of cash flow because they were forced to pay for parts before they were shipped. When quality control issues or problems during the manufacturing process arose, procurement managers were racking up travel expenses. All of these factors plus the rising labor costs in China have lead manufacturers to take another look at American manufacturing.

U.S. manufacturing labor costs are still higher than China, but North America has other advantages, such as lower energy costs due to the shale boom and sophisticated trade logistics, according to PBS Newshour. Firms can gain product design advantages by reshoring operations as life cycles of consumer goods continue to speed up. General Electric recently brought appliance production back to the U.S., and the company found having engineers, designers and factory workers in the same location could make the manufacturing process faster, leading to cost reduction. In addition to benefiting companies, manufacturing jobs tend to accelerate economic growth because each position can lead to new opportunities for suppliers and logistics providers. U.S. consumers are starting to place a greater emphasis on American-made goods and are willing to pay more.