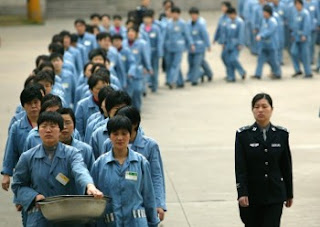 Despite some companies’ and agencies’ best efforts to convince people that their brands are the best choice, the image is at risk to be tarnished by a multitude of problems. The supply chain concerns of two very different companies with operations in China, Apple and Kmart, illustrate just how mis(management) can plague the appeal of the brand. Also, interestingly enough, the workers of both Apple and Kmart brought the problems to light.

In the first case, after suffering severe chemical poisoning while working in a factory to build touch screen products for Apple, Jia Jingchuan appealed directly to the company to compensate for his personal losses. NPR discusses how this case differed from that of typical labor violation situations, stating that Apple has been slow to act, with the worker’s concerns touched upon in general in a report on supplier compliance . Apple has also allowed independent inspections of its supply chain, but some have criticized the company for conducting a public relations exercise instead of providing quantifiable and significant assistance to Chinese workers. Such ambivalence certainly contrasts starkly with the (Western) image of a fresh company endorsing “disruptive innovation”, and ads that feature figures such as the Dalai Lama.

A more recent and unusual example of supply chain controversy arose when Julie Keith discovered a letter in a box of Halloween decorations purchased at Kmart. The handwritten note, in English and Chinese, was a plea for help, describing a Chinese labor camp primarily for political prisoners. While Kmart is known for products at cheap prices, such an incident, with its underlying political implications, will serve to sully the brand in the eyes of prospective customers and confirm the suspicions of those who are cynical.

As investigations are underway, brandchannel comments that supply chains in China rarely consist of a single link. Richard Locke’s recent article in the Boston Review discussing how private efforts to improve global working conditions have failed also speaks to the challenges for companies to remedy international supply chain problems. What is certain is that these incidents will affect the image of the brands.
Marketing, Procurement Transformation