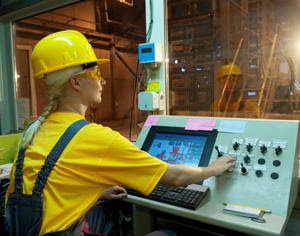 U.S. manufacturing technology orders dropped by more than 26 percent in April, according to data compiled by the Association for Manufacturing Technology. Investment in manufacturing technology is an indicator of industry health because firms usually purchase new equipment before ramping up production to boost capacity. Equipment orders totaled $372.50 million in April. The numbers were a decrease of 12.6 percent compared to one year ago.

"Order totals leveled off to the averages we've seen so far this year, but they aren't out of line with analyst predication," said Douglas Woods, president of the AMT. "Likewise, the Purchasing Manager's Index recently dropped below 50 - indicating contraction within manufacturing - but hiring continued to expand throughout the industry."