Sourcing Sisters & SEO Speedwagon Close Out Round One 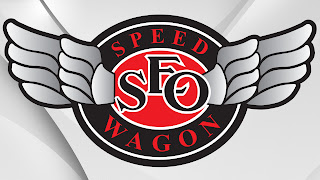 Round One of the Source One Charity Pool Tournament has come to a close with some of the finest action to be seen on the table yet, with Round Two scheduled to begin this week.

SEO Speedwagon took out 99 Problems But Sourcing Ain't One across two back-and-forth matches on Friday, producing the only victory so far earned entirely on technicalities. Game One saw a four-ball run by 99 Problems and a five-ball run by SEO Speedwagon before ending on 99 Problems' premature pocketing of the 8 ball. Game Two saw both teams clear the table and 99 Problems seemingly winning when they successfully sank the 8 ball, but the cue ball careened off of two cushions on its slow but unstoppable path to the side pocket, sealing the match victory for SEO Speedwagon.

"It was an odd way to win, but I'm thankful in any case," said SEO Speedwagon's Alexa Guidone. "Playing for The Wounded Warrior Project, I really want to win the whole thing so that we can give something back to those who fought for us and gave so much more."

"We are playing for the Main Line Animal Rescue," said Sourcing Sister Sarah Tuchinsky, "and owning a rescue pup -- Snarls Barkley -- I felt it was important to recognize what these rescuers do on a daily basis and try and help them along. By winning today, we're one step closer to doing that."

Source One is hosting the Charity Pool Tournament as a way to give back to those organizations that help communities around the country and stimulate office communication by fostering the creative atmosphere necessary to develop the best practices and next practices used by Source One as a Supply Chain Center of Excellence. "In a nimble team environment, it's important for people to communicate effectively and think outside the box," said Vice President of Professional Services Joe Payne, "and this contest opens up a new level of conversation within the staff and provides for creative & collaborative efforts that just aren't possible within traditional "9 to 5" interactions."
Source One News