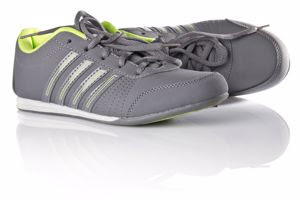 A pair of sneakers can generate up to 30 pounds of carbon dioxide emissions during production, according to a recent study from Massachusetts Institute of Technology. Two-thirds of the carbon comes from the manufacturing process, with a smaller portion generated from raw material extraction. The researchers found there was room to improve sustainable product sourcing for footwear.

Most of the carbon impact came from powering manufacturing facilities. Many shoemakers operate in China, and coal is the main source of electricity, and it is used to generate steam. A typical pair of running shoes is made up of 65 separate parts and requires more than 360 steps to assemble. For small, light components, assembly is energy-intensive and generates a large amount of carbon.

"Understanding environmental footprint is resource intensive," said Randolph Kirchain, principal research scientist at MIT's Systems Laboratory. "In general, we found that if you have a product that has a relatively high number of parts and process steps, and that is relatively lightweight, then you want to make sure you don't overlook manufacturing."

The researchers found carbon reductions could be made in certain areas. Manufacturing facilities would throw out unused materials, and they could be recycled. Certain parts of shoes could be combined to minimize cutting and welding. Knowing how much carbon comes from manufacturing could help companies improve product sustainability.