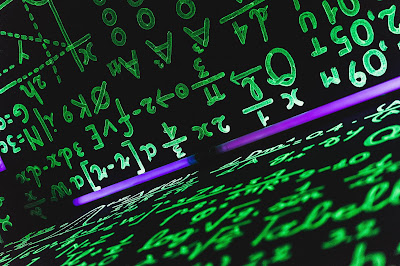 Models are critical for any business. They improve efficiency, they help in identifying opportunities for both process improvement and cost reduction, and that’s just a fraction of what they provide.  However, they are not a magic bullet. Misused, they can easily lead to bad decisions.  In my experience,they are most often misused when outputs are treated as gospel and not questioned thoroughly enough.  For example, Bayesian models (while fairly predictive) struggle with outliers because they expect regression towards the mean.  An example of this flaw can be seen in sports analysis.  Someone looking at Bayesian hockey models would look at someone like Alex Ovechkin who has a career shooting percentage of 12.6% and say that they expect him to regress to the league average of under 10%. This would mean predicting he would score almost 200 fewer goals over his career (If that were the case he would’ve landed at number 52 on the all-time goals list rather than number 13).  Such a prediction doesn’t take into account that Alex Ovechkin is a particularly skilled shooter and that he can sustain a higher than average shooting percentage.  Most good hockey analysts are aware of the flaws in their Bayesian models, but not all.  In fact, this lead to debates in the early days of hockey analytics on whether or not Alex Ovechkin is good at hockey. Even casual fans know this debate is ridiculous.

Now that you understand a bit about why it’s important to understand the flaws in your models, let’s look at an example that I’ve encountered repeatedly in the business world.

You work for a $10M custom manufacturing company that uses a costing model that normalizes your costs as a % of revenue based on assumptions of the costs needed to operate a $12M company.  Your company is currently operating at about 5% EBITA ($500K).

A potential customer comes to you with a $5M opportunity and provides you with a target price to win the business. They also provide you with a schedule which confirms that they’ll place two orders per month (24 times per year).  Of course you’re thrilled at the opportunity and get started on designing the product, sourcing materials, running labor calculations, etc… You get all the information together and enter your top-line costs into your pricing model. Ultimately, you’re disappointed because it shows that you can’t take on the business as the model shows an EBITA of negative $100K and you turn down the opportunity. 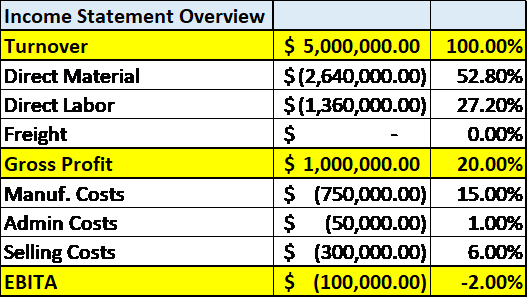 The above model is wrong.  Had you known the flaws of your model you’d be able to make adjustments to the bottom line and not turn down the opportunity.  For the sake of simplicity, let’s assume top-line costs were manually entered and are correct.

1. The model normalizes costs using percentages for operating a $12M company.  This project would make your company a $15M company, so right away the costing structure is going to be different as your fixed costs are now spread out over a larger amount of revenue (i.e. your fixed costs are a smaller % than they appear above).

2. In terms of admin costs this is not a very intensive project, yet the model is saying that this project is going to cost you $50K in admin costs.  That’s probably close to 1/3 of your rolled up admin costs for the entire year.  This business only requires 24 orders per year and it costs your business roughly $150 to process an order, so the reality is that your admin cost is much closer to $3.6K (big difference).  There’s no need to spread that non-realistic $50K cost into this project and price yourself out of the opportunity.

4. Finally, you do an in-depth analysis of the manufacturing costs including preventative maintenance and repair of the equipment + the amount of time indirect labor will spend on this, etc… and you come up with a fairly conservative estimate of $600K (which is actually what would happen if you spread the costs over $15M instead of $12M). 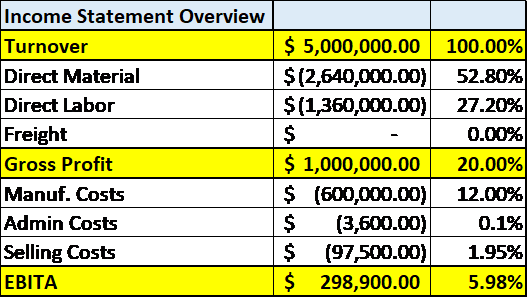 As you can see our projected EBITA has gone up from -$100K all the way up to roughly +$300K.  That is massive as it will increase your company’s revenue by 50% while increasing your EBITA by 60%.  Had you followed the financial model blindly, that decision would’ve cost your business $300K in EBITA.

Professionals will often lean on their models as it’s both easier and safer, but the costs of not understanding their potential and how to leverage models correctly can cost you significant money.  So make sure that when you implement a model in your business you are able to adequately train employees not only on how to use it, but on how to understand the inputs and outputs and how the model might be flawed.
Best Practices, Data Science, Finance