Home Logistics Trending Amazon: Was One-Day Shipping Worth the Investment?

Amazon: Was One-Day Shipping Worth the Investment? 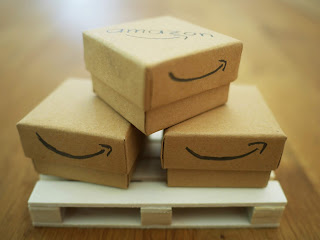 Amazon has had tremendous success over the last two decades. They transformed the way that we think about online shopping and now we almost expect fast, two-day shipping. There has been many changes over the last years and Amazon has had to invest a substantial amount of money into each new idea. They have pursued a growth trajectory rather than a profit one in order to please their customers and grow their market share. Their newest idea, is getting rid of two-day shipping, but instead introducing one-day shipping to members.

Although, Amazon is spending more than the company expected, to cut the delivery time guaranteed to Prime members in half. The company spent $800 million to get faster deliveries, and that played a part in the e-tailer slightly missing its estimates made to investors. But, Amazon’s latest earnings show just how much it costs to reduce Prime shipping to one day.

Amazon reported second-quarter earnings of $2.6 billion, or $5.22 a share, up from $5.07 a year ago, but still lower than analysts’ estimates. Amazon shares fell about 2.5% in after-hours trading immediately following the release of the earnings report, but those declines lessened to about 1%, and now stock was down 1.5% premarket Friday, July 19, 2019. Amazon had prepped analysts and investors for a decline with a disappointing forecast for second-quarter operating profit, but the total still came up short of estimates.

CFO Brian Olsavsky signaled that investing so much in the one-day delivery would be the cause of such decline. He said Amazon expects to spend even more on the fulfillment change in the third quarter, and reduced guidance accordingly. The stock decline was expected because of the large amount invested, but when everything settles, Olsavsky predicts that Amazon will regain their cost efficiency over time.

Amazon is not worried about this decline, and analysts’ expects the Amazon narrative to shift back more toward top-line growth in the second half of 2019. They think operating income results/guidance likely have no bearing on long-term profitability given temporary elevated spending behind one-day shipping and head count.

So was implementing one-day shipping in place of two-day a good move for Amazon? Or will they be regretting this later?