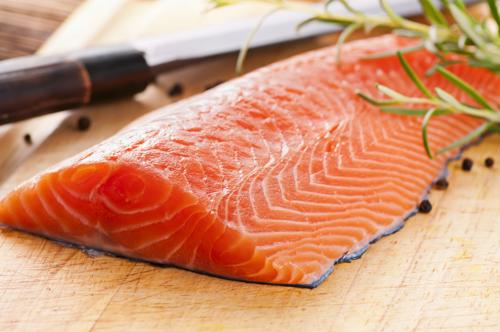 From cod to haddock or lobster to shrimp, Americans love their seafood, with commercial fisheries netting 9.9 billion pounds of it in 2017 alone, according to the most recent year in which data from the National Oceanic and Atmospheric Association is available. Due to overfishing, however, the government has had to step in order to replenish populations and shore up the restaurant and grocery industry's supply chain.

It seems these preservation strategies have paid dividends, as boats, holds and freezers are stocked with fresh fish, none more numerous than salmon.

Over the past four years or so, the number of Chinook salmon hauled in by commercial fisheries in California totaled around 256,000 annually. But thanks in part to more hospitable conditions in the Sacramento River, one of the most historically plentiful locations for this variety of salmon, catch is expected to surpass 400,000 this year, The Wall Street Journal reported.

Larry Collins, president of the San Francisco Community Fishing Association, told the Journal that these are very good times for fishermen up and down the California coast.

But these totals are expected to surge once new purchase figures become available as cold temperatures - in which salmon thrive - have returned to the Golden State's freshwater locations. The Pacific Ocean has also been much warmer than normal, California Department of Fish and Wildlife environmental scientist Brett Kormos told the Journal, which presaged a five-year shortfall.

Commercial fisheries are poised to bring in quite the haul when salmon season concludes, especially
in light of the fact that commercial boats off the California coast are a fraction of what they used to be, totaling 400 from 4,000 in the 1980s, the Pacific Coast Federation of Fishermen's Associations Noah Oppenheim told the Journal.

Production boom strong elsewhere too
The West isn't the only region of the country where yields are stellar. The same is true along the Northeast - New Bedford, in particular, otherwise known as "The Whaling City" - home to the highest value of catch at $389 million, a distinction it's maintained for 18 years running, according to NOAA figures. But, unlike California, the lion's share is in the form of sea scallops.

The impressive turnaround for salmon will likely result in a lengthier commercial fishing season, a stark contrast to 2018, which in some parts of the Golden State lasted less than two weeks, the Journal reported. Twelve months removed, it may not close until mid-August.

Jerry Cottrell, owner of Jerry's Marine & Tackle, told the newspaper that he's already experienced the benefits of a more fruitful fishing season, with sales more than quadrupling this past May compared to a year earlier.

"It caught everybody by surprise," Cottrell added.

It could be more of the same for the foreseeable future as well, an encouraging development not only for commercial fisheries' supply chain but also restaurateurs'. Indeed, the global salmon market is poised to surpass 4 million tons by the end of 2025, according to ResearchandMarkets.com. The United States is among the world's leading exporters and importers of salmon, which when combined with tuna and shrimp is worth $21 billion in overall imported annual value, based on NOAA estimates.
Procurement News