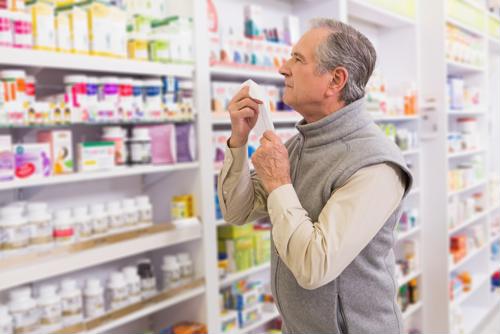 Amazon is continuing its ambitious efforts to remain the gold standard in ecommerce fulfillment.
The massive online retailer was the first company to announce standard free one-day shipping for its members, and just recently promised to pioneer the use of drone-based delivery services.

But those aren't the only solutions that the Seattle-based tech giant is pursuing to cover last-mile delivery. The company also recently announced that its packages will now be available for pickup at a staffed Amazon Hub station inside various Rite Aid drug stores across America.

The new program is called "Counter," and is coming to the United States after already being successfully implemented in the United Kingdom and Italy. Counter is making its stateside debut in over 100 Rite Aid stores, and is set to eventually expand to 1,500 total locations by the end of the year.

According to a press release, Amazon is planning to eventually bring more retailers into the program, including small and medium-sized businesses. But for now, Rite Aid is a natural jumping-off point, since the pharmacy chain already has more than 300 locations that contain Amazon lockers.

The program will also work very similarly to locker pickups, allowing consumers to select a Counter location as their delivery address, just as they do to collect parcels at lockers. They will then have 14 days to pick up their orders, which will arrive in accordance with standard shipping times - meaning Amazon Prime deliveries will soon increase in speed from two days to one.

"A key aspect of our strategy is to grow our business by driving additional traffic into our existing network of stores to experience our retail offering and the high-level of service and care we provide. We believe that new initiatives like Amazon Locker give us a tremendous opportunity to achieve this critical objective," Rite Aid COO Bryan Everett on a recent earnings call.

Rite Aid is clearly betting that the new arrangement will prove to be a symbiotic relationship, with the hope that Amazon orders will translate into increased store traffic and more sales. In fact, the gamble has a slight air of desperation, as the drugstore chain has made significant financial restructuring and major staff cuts as of late to push back on fierce competition from Walgreens and CVS. Rite Aid reported a net loss of $483.7 million in 2018, according to Supply Chain Dive, and is forecasting flat same-store sales growth this year.

Clearly, the hope is that Amazon pick-up customers will decide to grab an extra item in the checkout line as they come to the store to pick up their parcel at the Counter.

Rite Aid is so sold on this strategy, in fact, that the retailer is forgoing any trial or pilot period, despite the fact that there is still no clear consensus on whether the current Amazon lockers already in place are actually increasing in-store sales.

"First of all, we can see they are getting utilization from data that we get back," Ben Bulkley, CEO of EnvisionRxOptions and Rite Aid's Pharmacy Benefit Manager, said during the earnings call. "We need a little bit of time here to quantify and measure the sales impact of this thing."
In other words, it remains to be seen whether this is a win for Amazon's logistics, Rite Aid's sales or both parties.
Procurement News