Motorists keeping cars for even longer 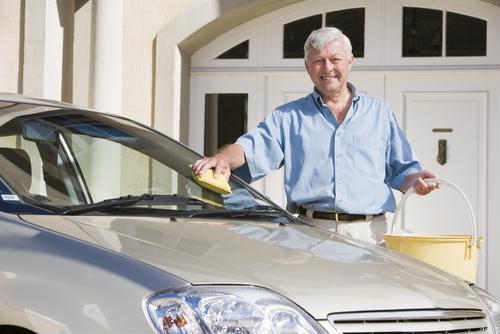 Despite extraordinarily low interest rates, paired with a plethora of incentives that encourage consumers to buy, Americans are hanging on to their vehicles for longer than ever, an outcome which may have dealerships more closely coordinating with manufacturers to maintain a robust retail supply chain.

The typical vehicle on the nation's roads remains there for an average of 11.8 years, according to newly released estimates conducted by IHS Markit. That's an increase of approximately 4% since 2014, but down from 12.2% over the same period between 2008 and 2013.

Mark Seng, IHS Markit director of global automotive aftermarket practice, indicated that the uptick in the length of time motorists are keeping their vehicles is attributable to several factors, perhaps none more consequential than technological innovation.

"Better technology and overall vehicle quality improvements continue to be key drivers of the rising average vehicle age over time," Seng explained. "The 40% drop in new vehicle sales due to the recession created an acceleration in average age like we've never seen before. In the last couple of years, however, average age has returned to its more traditional rate of increase."

Fewer repairs equals longer lives
New and used automobiles are more reliable than in previous years, requiring less ongoing maintenance. Indeed, according to J.D. Power & Associates' latest Vehicle Dependability Study, the industry as a whole gained ground, up 9%, for an average of 136 problems for every 100 vehicles. Lexus - with 106 issues per 100 automobiles - led the way for the eighth consecutive year, slightly ahead of Porsche and Toyota, which tied at 108.

West drivers keeps cars longest
But these performance problems are decreasing in number, as both trucks and passenger vehicles age more gracefully today than in yesteryear. The oldest of cars are out west, averaging 12.4 years before owners replace them, the study found. The youngest are just shy of 11 years - 10.9, to be specific - in the nation's northeastern corridor. Meanwhile, on a state-to-state basis, Montana has the oldest at 16.6 years, a stark contrast to the youngest, in Vermont, at 9.9 years.

While the fact that more drivers are maintaining their vehicles may present sales challenges for new-vehicle dealerships, it could yield growth opportunities for pre-owned dealers, not to mention auto mechanics, Seng noted.

"The increasing [vehicles in operation] fleet is providing a robust new business pipeline for the aftermarket," Seng cited. "A larger fleet means more service and repair opportunities in the future."
Indeed, inventory levels for automobiles five years old and younger is poised to grow 2% between 2018 and 2013 while those ranging between 6 and 11 years will surge 27%, IHS Markit found.

Yet despite the uptick in years of ownership, new-car prices continue to move in a northerly direction. In May, the average transaction price for all-new light vehicles rose to $37,185, up 4% from the same month in 2018, according to the most recent figures available from vehicle valuation firm Kelley Blue Book. However, sticker values fell slightly on a month-over-month basis, down 0.6% from April.

KBB.com analyst Tim Fleming indicated that May is the fifth straight month in which sales among dealers fell, which may prompt them to make some strategic sourcing adjustments, such increasing incentives while decreasing price points on certain models.
Procurement News