Manufacturing may be hardest hit by AI adoption, report says 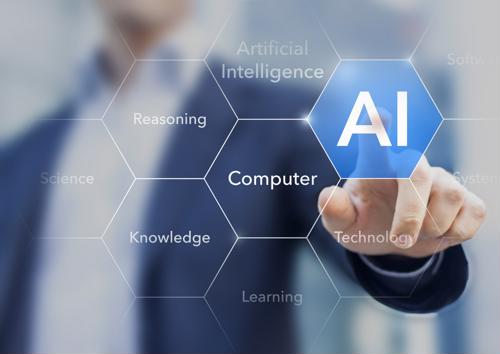 Artificial intelligence has enabled more businesses to achieve supply chain optimization - in virtually every industry. Consumers are on the front lines of this evolution, as approximately 85% of Americans use products with at least some AI elements installed, according to a recent Gallup poll.

Despite AI's increased presence, many people have mixed feelings regarding its unabated advancement, with some worrying that it could lead to job losses as robotics become more ubiquitous. If newly released estimates prove accurate, manufacturing could bear the brunt of these losses.

AI adoption heaviest in China
By 2030, roughly 20 million manufacturing positions that are currently held by people could be replaced by AI, according to a recent report from Oxford Economics. The lion's share of these - 14 million - are expected to come out of China, the population of which tops 1.4 billion.
Be it agriculture, health care or packaging and shipping, AI has touched just about all sectors. Over the past 20 years, in fact, the use of robotics has more than tripled, the report said. And just as the globe's most populous country is poised to see the biggest difference in terms of future AI adoption, China has experienced the most changes thus far, currently home to approximately 20% of the world's robotics.

But the Far East nation is certainly not the only one where AI is accelerating at a feverish pitch. The same is true in Japan, South Korea, Germany and the United States, with the robot densification climbing by 40% between 2011 and 2016, according to Oxford Economics.

"58% believe automation is the greatest threat to jobs."

Americans, for their part, have somewhat of a love-hate relationship with AI; they appreciate and acknowledge that its made many everyday experiences more convenient, but at the same time, can't help but wonder if their very livelihood may be on the line. Indeed, close to 60% of respondents in a separate Gallup poll said they believed new technology is the greatest threat to jobs, more so than other factors such as offshoring or immigration. Nearly a quarter - 23% - wonder whether their position could be subsumed by automation. Interestingly, Americans between 18 and 35 years of age are the most likely to believe this could be the case, with 61% indicating as such.

Pacific Northwest most vulnerable to AI
Just as the extent of AI adoption and growth is largely contingent on the industry, the same can be said for location - in the U.S., in particular. Oregon, Washington and California and parts of the Panhandle are believed to be the most vulnerable to robotics, Oxford Economics found in its analysis. The least susceptible is the Mountain West and New England, two parts of the country whose economies aren't as heavily dependent on manufacturing and technology.

All this being said, while a number of Americans can't help but be a bit hesitant to fully embrace AI, robotics is also expected to create new job opportunities as well. According to the World Economic Forum, the rise of the machines may lead to 133 million new roles by 2022.

Klaus Schwab, executive chairman and founder of the World Economic Forum, told Forbes that while AI improves the supply chain, business owners and employees should look for opportunities that can help to make themselves more marketable.

"It is critical that business take an active role in supporting their existing workforces through reskilling and upskilling, that individuals take a proactive approach to their own lifelong learning, and that governments create an enabling environment to facilitate this workforce transformation," Schwab explained. "This is the key challenge of our time."

Software developers, social media specialists and data analysts are a few of the professions expected to receive a shot in the arm thanks to the advancement of AI, according to the World Economic Forum report.
Procurement News