The Strategic Sourceror on Friday, May 24, 2019 Procurement News, 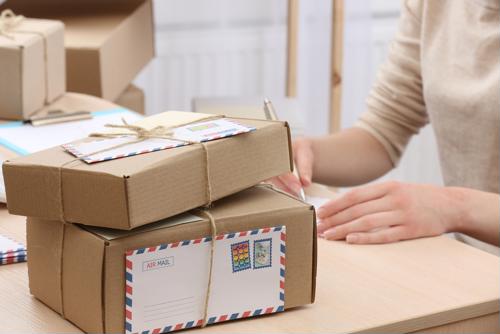 The delivery war being fought between Amazon and Walmart, both of which recently committed to providing one-day shipping, has been good news for consumers and the United States Postal Service.
However, the continued growth in shipping and packages has not been enough to offset the decline in volume and revenue suffered by other USPS categories, such as first-class mail and marketing mail, according to the agency's most recent quarterly report.

Amid mostly bad news for the agency, USPS took heart in volume for shipping and packaging increasing by 5 million pieces in Q2 FY 2019, or a 0.3% rise over Q2 FY 2018. To accommodate the increasing volume in this area, the Postal Service has extended Sunday service and added non-career employees during peak seasons.

The reported credited shipping and package growth to the agency's "successful efforts to compete in shipping services, including 'last-mile' e-commerce fulfillment markets and Sunday delivery, as well as end-to-end markets." However, the report also noted "the rate of growth is slowing."

"We continue to face challenges from the ongoing migration of mail to electronic alternatives, and we are legally limited under current law in how we can price our products and streamline our legacy costs," USPS Chief Financial Officer and Executive Vice President Joseph Corbett said in a statement.

Corbett also said that the agency was looking at ways to increase its revenue while cutting expenses, but declined to elaborate on those plans. On a recent finance call, though, USPS CEO and Postmaster General Megan Brennan said The Postal Regulatory Commission needs to issue its final ruling on the USPS pricing system that began three years ago, and called on the commission to eliminate the price cap that keeps the agency's "ability to generate revenue… constrained by law."

Because so many shippers and third-party logistics providers rely on the United States Postal Service for last-mile deliveries, the government agency's continued financial problems and inability to meet service goals is of significant concern to the supply chain.
Procurement News