Burger King latest to include plant-based burgers to menu

The Strategic Sourceror on Friday, May 03, 2019 Procurement News, 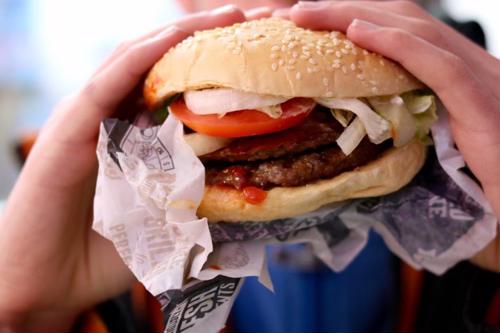 Although a select few classify themselves as vegan - just 3%, according to the latest estimates from Gallup - an increasing number of health-conscious consumers indicate they at least try to eat fewer animal-based products. This may explain why restaurateurs are peppering their menus with lighter fare as opposed to indulgent dishes.

Fast-food giant Burger King is the latest to do this very thing, with dozens of locations now adding the Impossible Burger to its supply chain.

Impossible Foods has gained notoriety inside and outside the restaurant industry, perhaps best known for its eponymous burger, the ingredients of which include soy, potato protein and coconut oil. Thanks to its striking similarity to patties made from beef, the Impossible Burger is sold in over 5,000 restaurants around the country, with Burger King being the most recent.

As noted in a company press release, the Impossible Whopper has all the ingredients that fans of Burger King have come to expect from its most-popular offering, such as tomatoes, lettuce, mayonnaise, pickles and onions, with the only difference being in the patty's makeup.
Fernando Machado, chief marketing officer for the Jacksonville, Florida-based fast food conglomerate, told the New York Times that the burger is aptly described, because it's virtually impossible to distinguish the beefless version from the genuine article.

"People on my team who know the Whopper inside and out, they try it and they struggle to differentiate which one is which," Machado explained.

While Impossible Foods is a relatively new entrant to the food business, founded in 2011, it's taken the industry by storm. White Castle and Red Robin were among the earliest adopters of the company's plant-based burgers, according to Restaurant Dive. Approximately 560 Red Robin locations throughout the U.S. sell the beef-free patty, outnumbering White Castle by more than 180. The nearly five dozen participating Burger King franchises are fairly centrally located, surrounding the St. Louis metropolitan statistical area.

What causes the beefless burger to taste like beef?
What is it about the Impossible Burger that makes it a virtual carbon copy of beef patties? Food scientists say the not-so-secret sauce is an ingredient called soy leghemoglobin. A naturally occurring protein found in both animals and plants, soy leghemoglobin carries a molecule called heme, which not only makes the meat substitute taste like beef, but look like it, down to the pinkish-red interior color evidenced in the cooking process.

Assuming the Impossible Burger is embraced by customers, Burger King intends to optimize its supply chain so it will be available for everyone in the country to order. Of the nearly 17,800 locations throughout the world, roughly 50% of them are in the U.S.

Majority of Americans trying to eat meat less often
As previously referenced, there aren't many people who completely avoid foods made from animal byproducts or meats, but a majority of Americans say they're actively attempting to eat more fruits and vegetables. The New York Post reported 52% of U.S. adults say their consuming plant-based foods with greater frequency today than in yesteryear, based on a  survey conducted by OnePoll. Around 33% like to describe themselves as "flexitarian," meaning they incorporate both meat as well as fruits and vegetables into their daily eating regimens.

Lauren Start, senior brand manager for So Delicious Dairy Free, noted that restaurants and food manufacturers are diversifying their offerings, which comes as great news for those who aim to eat clean.

"Living and enjoying a plant-based lifestyle is easier than ever before," Start said, according to the Post. "Enjoying a dairy-free lifestyle can be just that – enjoyable."

She added that as more individuals hop aboard the animal- and byproduct-free bandwagon, the food industry will need to respond accordingly to satisfy demand.
Procurement News