Old Navy and its supply chain becoming independent of Gap

The Strategic Sourceror on Wednesday, May 22, 2019 Procurement News, 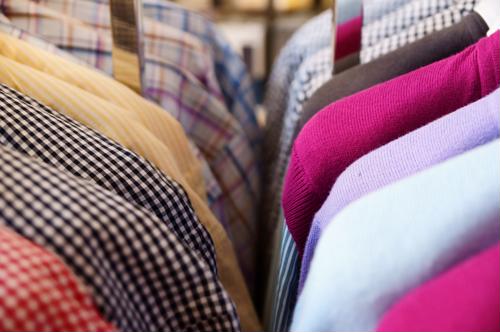 The popular clothing chain Old Navy is separating from its parent company Gap, and the parting of ways will mean a splitting of supply chains, as well.

Founded in San Francisco in 1969, Gap has since grown to become the largest specialty retailer in the United States, and today operates six primary divisions: the namesake Gap, Banana Republic, Intermix, Hill City, Athleta and Old Navy. The latter brand, which emphasizes affordable yet fashionable clothing for all ages, has outgrown the others in recent years, and in late February, Gap announced that it intended to spin off Old Navy as its own separate, publicly traded entity.

The separation will be finalized by some point in 2020. Until a new name is announced, the remaining five divisions will rebrand as "NewCo."

While industry experts seem to view the decision for Old Navy to leave its parent company as one that will ultimately prove mutually beneficial for both companies, some significant growing pains are expected as the newly estranged organizations are forced to split the supply chain.

"We're certainly doing the work to the back-end from a supply chain standpoint," Gap CEO Art Peck said on a fourth quarter 2018 conference call. "There has been an accelerating divergence between the businesses with the path for Old Navy and the path for other businesses, and that's also true on the backend with our vendors, where there is more alignment with Old Navy and less overlap with the other brands."

Peck also maintained confidence the move would "unlock significant value creation potential," yet also admitted there were "a lot of questions we can't answer right now."

Simon Croom, academic director of the Master's in Supply Chain Management program at the University of San Diego, told Supply Chain Dive that Old Navy has enjoyed far more success with a responsive supply chain than Gap has in recent years. While the traditional model for apparel companies is to predict what fashions will be stylish in eight months' time, place orders in countries with cheap labor and then deliver product, Old Navy moves faster than the competition by spending less time on the development cycle, getting apparel in store more quickly and then updating on the next round.

"It makes sense to split out the supply chain operations," Croom said of Gap and Old Navy. "They basically had two different supply chain environments and were trying to respond to those with one approach."

However, there are many potential pitfalls when it comes to breaking up such a large supply chain, particularly when it comes to supplier relationships. It's likely that once the separation occurs, there will be some suppliers that only want to continue dealing with one or the other organization, leading to severed supplier relationships and cancelation clauses. In addition to new suppliers, one or both companies may also be forced to find need to find new logistics and transportation providers, new lanes and new routes.

Then there is also the question of what to do with Gap's current supply chain teams. The company could split them in half, or hire new talent to handle the new company, but either approach carries its own unique risks.

"Supply chains are really complex things that we think we may have a handle on, but there's always some unanticipated risk we didn't account for," warned Shay Scott, Executive Director of the Global Supply Chain Institute at the Haslam College of Business at the University of Tennessee, who was interviewed by Supply Chain Dive.
Procurement News