Amazon's Drone Delivery Service: What's Still Up in the Air?

Strategic Sourceror on Friday, May 10, 2019 Infographics, Logistics, Trending,
For Amazon, the year 2013 may as well be an eternity ago. The last several years have seen the eCommerce giant establish a second North American headquarters, offer 1-day free shipping to Prime subscribers, and make its CEO the wealthiest person in modern history.

They've still failed, however, to reach one key milestone. Though Jeff Bezos promised an imminent move to drone-based deliveries back in 2013, the company's ambitious plan as yet to leave the ground.

Here's what we know about the program (and what's still mysterious) more than half a decade later. 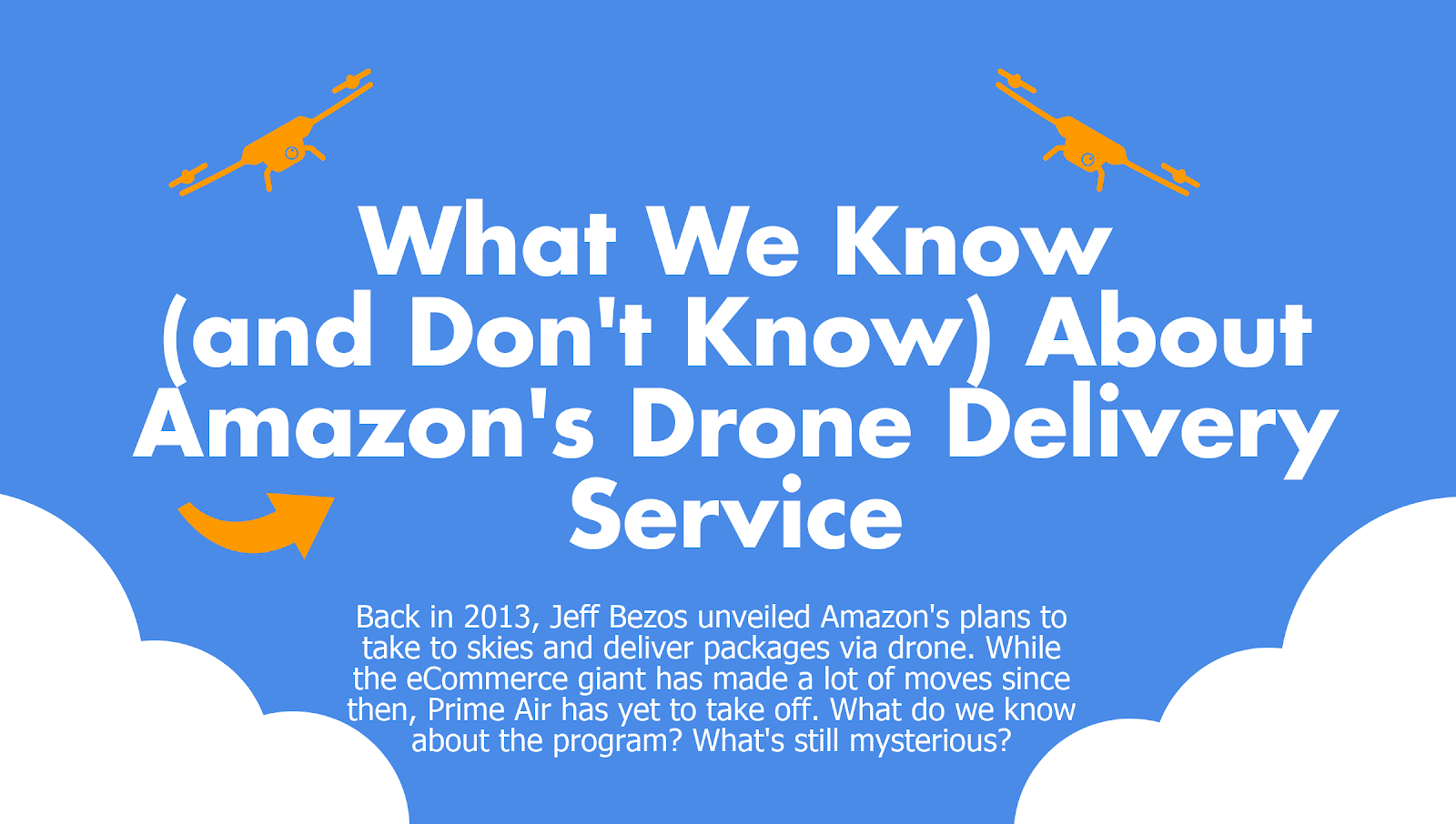 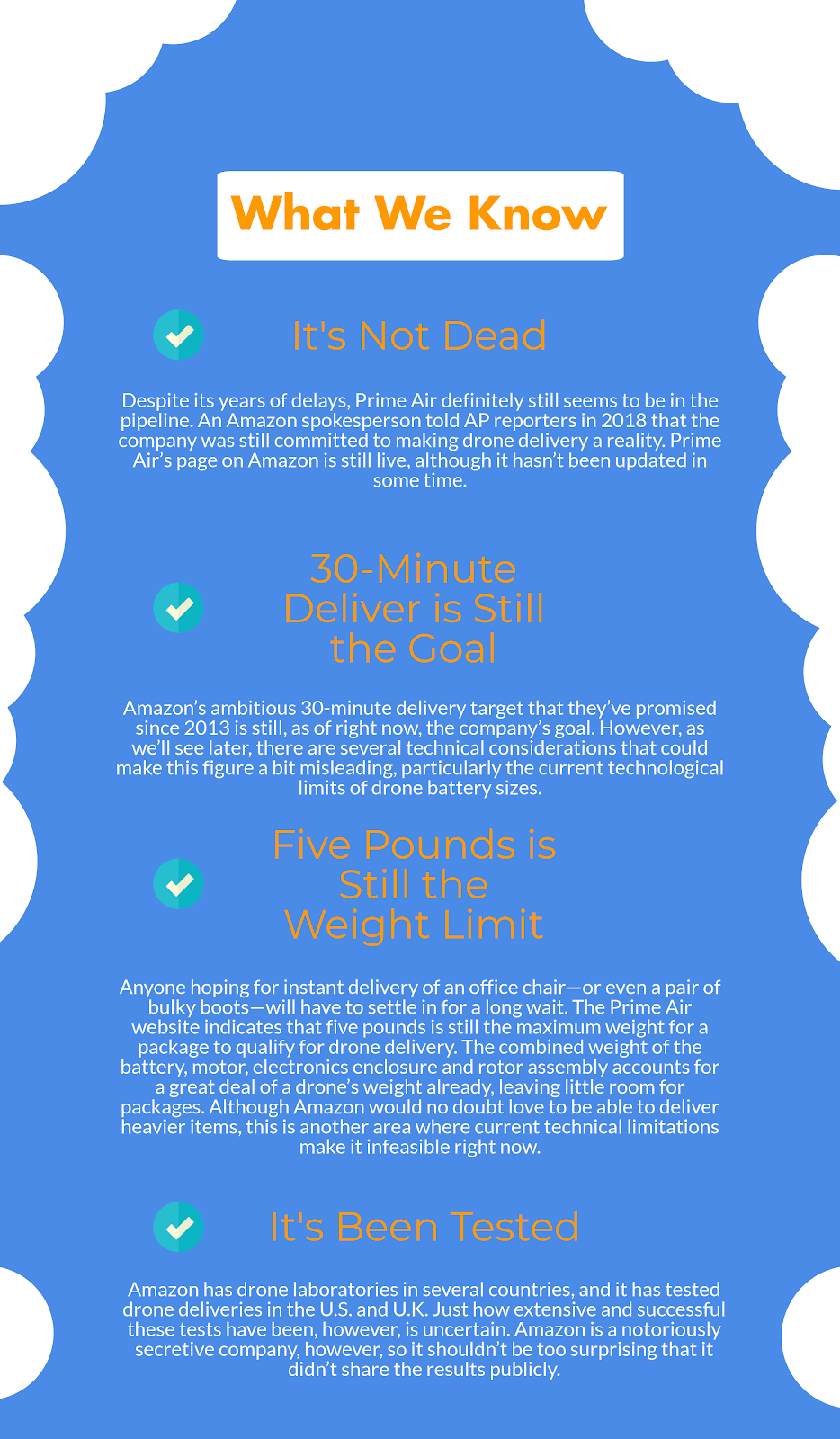 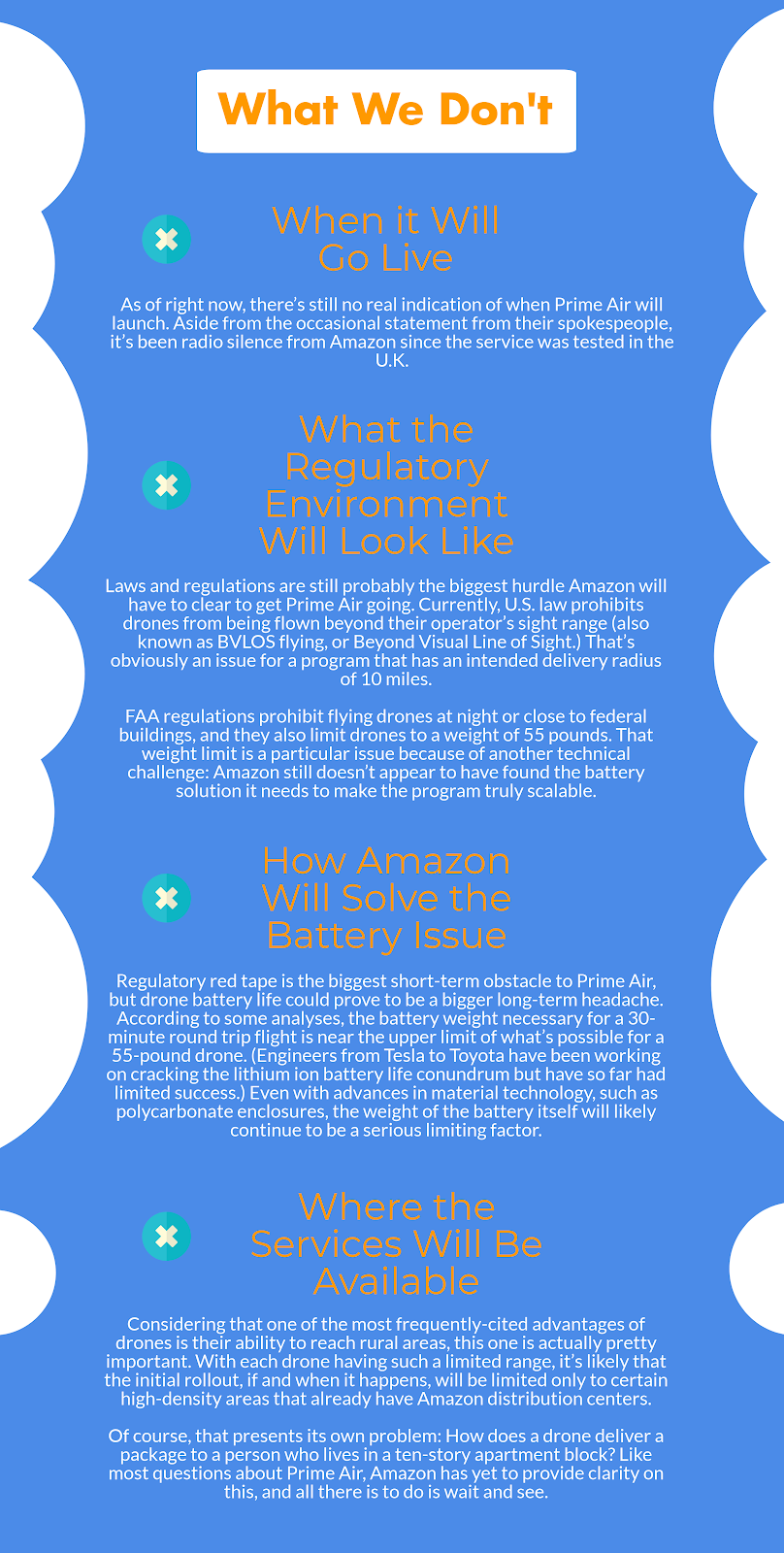