The Strategic Sourceror on Wednesday, May 15, 2019 Procurement News, 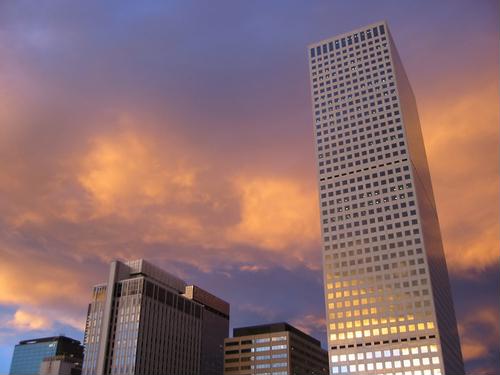 Another day, another major announcement from e-commerce giant Amazon. In what will likely come as good news for the Denver economy, the e-retailer said it intends to create 400 new high-tech jobs in the city in various subdivisions under the tech industry umbrella, including hardware engineering, cloud computing, advertising and software.

Additionally, Amazon stated that it's doubling down on its investments in the Mile High City by doubling its tech force in the metro area and opening a new office space in downtown Denver.
Dave Wood, site lead for Amazon Denver's Tech Hub, said that the Denver community has welcomed the company with open arms ever since it arrived in 2016 and couldn't be more thrilled about what the future holds.

"We're excited to continue to grow and invest in the Denver area," Wood explained in a press release. "Our new office will offer our teams the convenience of a downtown location with an array of outdoor adventures just up the road."

While the actual building process has not yet begun, Amazon says the new office space will span approximately 98,000 square feet and be located in the heart of Denver's lower downtown neighborhood.

17 tech development centers in US and Canada
It's nothing short of remarkable the extent to which Amazon has increased development, after beginning as a relatively little-known startup online bookstore in Seattle back in 1994. Twenty-five years later, Amazon operates 17 North American tech development centers - which the company refers to as "Hubs," including the one in downtown Denver.

Colorado Governor Jared Polis said he too is delighted by the investments Amazon has made in the Centennial State, with the expected 400 new high-tech jobs representing just the tip of the iceberg.
"We have a terrific workforce that continues to attract the ideas and businesses that thrive in a knowledge-based economy and we are a great place to do business," Polis exclaimed. "Amazon's current Colorado presence spans from distribution centers to robotics, corporate and operations. It's wonderful to see their continued investment in our community."

Roll out of one-day delivery for Prime members
Now the largest internet company by revenue the world over, Amazon continues to raise the stakes in its bid to grow even further and compete with other multinational retail corporations, such as Target, Walmart and Costco. Its success wouldn't be possible without effective supply chain management and optimization. In what many describe as a game changer, Amazon is doing away with its two-day shipping guarantee for Prime members, and in its stead, promising one-day delivery. The company's massive footprint and rapid installation of distribution centers has helped make this once-unthinkable capability possible. In the past seven years alone, the e-tailer has spent north of $160 billion in development, research and order fulfillment infrastructure.

Alex Valdez, who represents Denver's 5th district in the Colorado House of Representatives, said there's a lot to love about the Mile High City.

"As a growing, thriving tech city, it's no surprise Amazon has chosen to expand their Denver workforce," Valdez intoned. "Our people and quality of life are second to none. We're excited to see more quality tech jobs coming to our great city."

Denver was recently named the third-best city in the country for entrepreneurs by FitSmallBusiness.com, further evidence of the metro area being an ideal locale for organizational adaptability.
Procurement News