The Strategic Sourceror on Thursday, May 23, 2019 Procurement News, 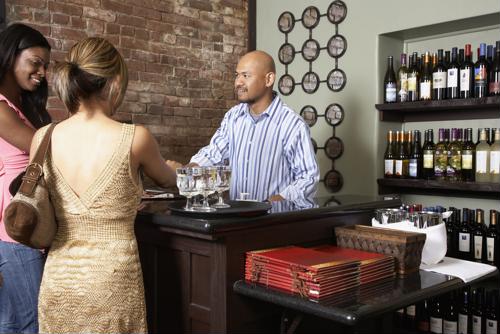 Artificial intelligence is now standard operating procedure in virtually every aspect of life, particularly within the consumer product and service space. In fact, according to Gallup, 85% of Americans regularly use equipment, devices or technology with at least some AI elements. Some have decried this new normal as a threat to individuals' gainful employment, the theory being that they could be replaced by the rise of the machines.

But the developers of a new restaurant reservation app are determined to show the naysayers why they're wrong.

As reported by Forbes, the app is called Allset, a touch-and-go mobile system that enables customers to not only reserve tables at more than 2,000 participating restaurants throughout the U.S., but also order and pay for the dine-in meal.

Stas Matviyenko, Allset CEO, told Forbes that the app is ideal for diners who are pressed for time or simply want to make the transaction process as seamless and straightforward as possible. It also serves as an assist to restaurateurs and their employees - particularly hosts and hostesses - when business picks up on weekends.

"We help busy diners save time and help restaurants provide quick service to their customers, and this way gain their loyalty," Matviyenko explained.

Restaurant industry highly regarded
Similar to other industries, the restaurant sector is a customer satisfaction-driven business, as the better the food and service - assuming it's consistent - the more likely it is that diners will return in perpetuity. For the most part, eateries are doing fairly well in this respect, with two-thirds of Americans in a Gallup poll viewing the restaurant industry positively, tied with computers as the top rated sector.

But lengthy wait times and sticker shock - when diners receive their bills following a meal - can be tough to swallow, part of the reason why 7% of Americans view the industry in a negative light. Matviyenko says the app's AI and machine learning capabilities may help to resolve foodies' frustrations.

"For example, we analyze peak hours and capacity at restaurants to decide if we should send more or fewer orders," Matviyenko added. "Also, AI helps us identify profiles of potential free credit abusers and block them automatically."

He further stated that since the app is compatible with most point-of-sale systems, most restaurants won't have any issues with integration. In short, AI provides the means through which restaurateurs can optimize their supply chain, increasing foot traffic without creating unnecessary delays.

Few anticipate losing job to robotics
Will the rise of AI lead to net job losses? Americans seems to think so, with 73% of them stating as much in a recent Gallup poll. However, few think they'll be among those affected, with just 23% worrying about such a scenario in a separate Gallup survey.

While the mobile app isn't available everywhere just yet, the 2,000 participating restaurants are located in 11 cities, including Boston, Seattle, Los Angeles, Houston, Las Vegas, Chicago, New York and San Francisco, Forbes reported. Miami is believed to be the next metropolitan area where Allset will go live.
Procurement News