The Strategic Sourceror on Wednesday, May 01, 2019 Procurement News, 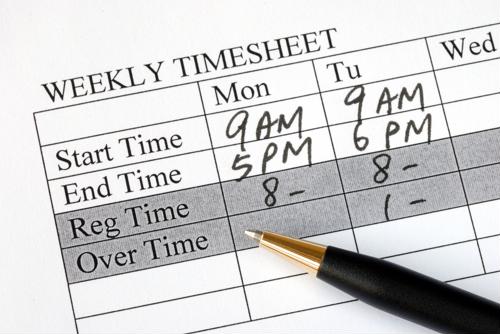 Overall, restaurateurs are faring well financially relative to other industries, but regardless, corporate cost reduction is a key component to profitability. So it may come as no surprise that with more states passing legislation aimed at raising the minimum wage, employers are poised to reduce many of their existing workers' hours, a newly released poll suggests.

In states where the minimum has either increased or soon will, nearly two-thirds of fast food operators have responded by decreasing the number of hours staff members work in the typical week, CNBC reported, based on a survey conducted by Harri.

Experts say these actions are a function of new minimum wage laws. While the national minimum has remained the same for nearly a decade - $7.25 per hour - 18 states kicked off 2019 with low-wage workers making more than they did in 2018, with Alaska, Minnesota, Florida, New Jersey and Vermont among them. For the most part, these increases are implemented on a staggered basis, with $15 per hour being the eventual amount. For instance, the rate in the Garden State will reach $15 five years in 2024. The same goes for Illinois, only a year later.

Chains also upping prices for customers
The extra cash has to come from somewhere, which is why 64% of fast food respondents - 173 of which participated - indicated many people on their payrolls aren't working as many hours as they have in the past. This wasn't restaurateurs sole cost-cutting measure, however. Seventy-one percent also noted that they've since raised menu prices on some of their food and beverage offerings.
Sarah Diehl, CEO of Empowered Hospitality, noted that while fast food restaurants are free to operate as they please, they should tread cautiously, as reducing workers' hours can lead to diminishing returns.

"There's a critical tipping point that you have to be aware of where it can be really destructive to trim labor too much," Diehl advised. "Otherwise, the team starts to feel like the ship is sinking."

Trade group opposes pay hike
Raising the minimum wage is a subject of intense debate. Proponents contend that it will help stimulate competition by incentivizing more individuals to apply for various open positions, while opponents say it could lead to reduced profitability if customers respond by taking their business elsewhere. The National Restaurant Association has come out against higher minimum wages, including House Resolution 582, which if passed and signed into law would propel the federal minimum to $15 an hour no later than 2024. In a press release, the Association noted that while well intentioned, raising the federal minimum wage would result in more harm than good.

"The restaurant industry is the nation's second-largest private sector employer, and if passed, H.R. 582 would stifle new job creation, impose undue harm to our nation's small business owners, and harm those it proclaims to help," the statement read.

Meanwhile, a sizable proportion of respondents to the Harri poll are taking an "is what it is" attitude. Indeed, 23% indicated they haven't made any changes to their business model as a result of minimum wage legislation, CNBC reported. One of those companies is McDonald's. Genna Gent, vice president of government relations at the Golden Arches, told the National Restaurant Association that it has come to accept the new normal, and as a result, won't participate in efforts aimed at letting businesses decide for themselves whether or not to raise wages, Politico reported.

"We believe increases should be phased in and that all industries should be treated the same way," Gent wrote. "The conversation about wages is an important one; it's one we wish to advance, not impede."
Procurement News