Reports warns supply chain may be jeopardized by climate change 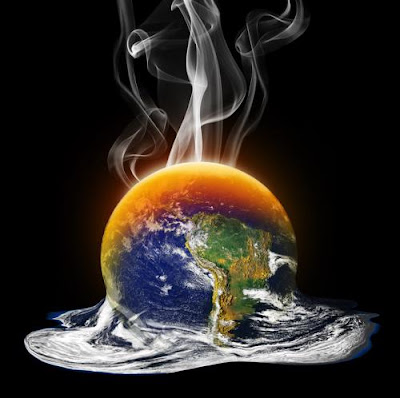 From an environmental perspective, the consequences of the Earth's climbing temperature are pretty clear cut. Climatologists note that in addition to rising sea levels, which can trigger more common flood events, global warming can spawn larger wildfires, intense droughts and powerful hurricanes.
But could these catastrophes also be disastrous for the U.S. supply chain? In a word: Absolutely.

A recent report released by the White House said the economy has the potential to shrink by 10 percent come 2100 due to the effects of climate change. The Fourth National Climate Assessment doesn't pull any punches, stating quite flatly that America's financial system could be hit hard if nothing is done to curb greenhouse gas emissions.

"In the absence of significant global mitigation action and regional adaptation efforts, rising temperatures, sea level rise, and changes in extreme events are expected to increasingly disrupt and damage critical infrastructure and property, labor productivity, and the vitality of our communities," the report warned. "Regional economies and industries that depend on natural resources and favorable climate conditions, such as agriculture, tourism, and fisheries, are vulnerable to the growing impacts of climate change."

Second hottest October in recorded history
The National Oceanic and Atmospheric Administration regularly releases updates - usually on a monthly basis - on the Earth's temperature. Throughout much of 2018, temperatures were at record levels. For instance, this past October was the second-hottest October on record for the globe overall. Interestingly, the previous 10 warmest Octobers have all occurred within the previous 15 years. The average temperature in the month was 1.5 degrees Fahrenheit higher than what the median temperature during the 20th century (57.1 degrees).

It's this seemingly unabated warmth trend that the NCA most sternly warns about. The study noted that power generation could weaken because there will be greater strain on the electrical grid with the mercury higher. This added demand could produce a domino-like effect, touched off by higher utility payments. These adverse impacts on the economy would stretch beyond the U.S. mainland, the report cautioned.

"With continued growth in emissions at historic rates, annual losses in some economic sectors are projected to reach hundreds of billions of dollars by the end of the century - more than the current gross domestic product (GDP) of many U.S. states," the report said.

Ship clearance problems poised for ports
The nation's ports, where the U.S. conducts much of its import and export activity, could be in the crosshairs as well. As noted by Supply Chain Dive, sea levels are poised to rise between 1 and 4 feet by 2100. This could lead to clearance issues for ships and cargo entering and leaving ports, with some of the worst effects impacting low-lying areas along the Gulf of Mexico and Los Angeles.
The roads and rail aren't immunized from global warming either. As it is, when storms strike, streets often get closed off and traffic jams intensify. Higher temperatures would also lead to a worsening of crumbling infrastructure, evidenced by deteriorating asphalt and stressed components found in abutments and bridges.

Of course, this is all assuming that temperatures continue to get hotter and reach the levels that some computer models suggest. For example, in order for the economy to shrink 10 percent, the Earth's temperature would have to climb by 14 degrees Fahrenheit between now and 2100, noted Bjron Lomborg, president of the Copenhagen Consensus Center, in a column published by the New York Post. The U.S. climate assessment doesn't project such a dramatic increase, forecasting instead an uptick in temperatures of between 5 and 8.7 degrees Fahrenheit.

How to prepare
It always pays to be prepared for worst-case scenarios, however, so businesses can do things now to tamp down the potential adverse effects. As referenced by Supply Chain Dive, the report urged companies to make an assessment of what operations would most likely be impaired by climbing temperatures and to ask themselves a series of questions. For example, would storm water management become problematic? Would evacuations needed to be carried out for businesses in or near low-lying or coastal areas? Planning for these contingencies now can pay off later on.

The same is true for business owners along the West Coast. Drought can lead to more common and widespread development of wildfire activity. Wildfires are particularly devastating for the supply chain, so companies in risk zones must be cognizant of their risk profile and protect themselves through various prevention and mitigation strategies, such as by eliminating brush, keeping lawns well hydrated and establishing defensible spaces.
Procurement News