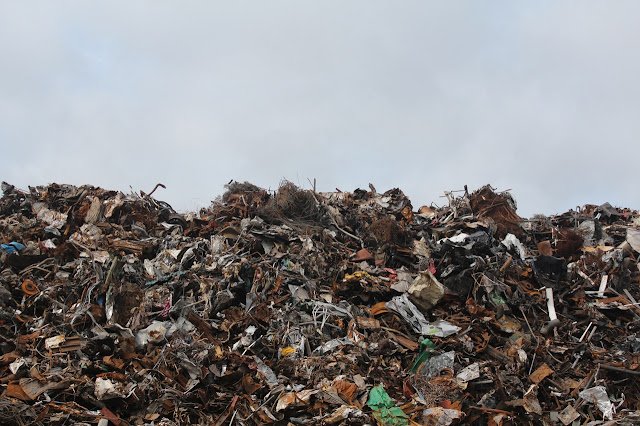 In addition to outlining Walmart's achievements throughout the fiscal year, the report presents an ambitious plan and a call to action for other organizations. McLaughlin writes, "our approach to environmental, social and governance issues goes beyond minimizing our own footprint or mitigating risk. We take a more assertive approach."

According to the report, the retail giant began its shift toward a more sustainable supply chain back in 2005. They've made considerable progress in the years since. By the end of 2017, Walmart diverted 81% of its U.S. waste away from landfills and 78% of its waste globally. While recycling accounted for the majority of Walmart's waste diversion efforts, other methods included donations, conversions to animal feed, and composting.

These numbers are certainly impressive, but Walmart has set a far loftier goal for itself. The company plans to achieve "zero waste" in its American, Canadian, Japanese, and British supply chains by 2025. According to the Zero Waste International Alliance's guidelines, this would entail diverting at least 90% of waste away from landfills and incinerators. To reach this goal, Walmart plans to invest in technologies that will improve data collection and provide for quicker, more informed decision making. What's more, they intend to collaborate with customers, suppliers, and even their rivals in retail to, "improve the broader ecosystem of waste prevention, reuse, and recycling."

The report also details Walmart's ongoing efforts to reduce its carbon footprint and embrace renewable energy sources. Through this initiative, McLaughlin points out, Walmart hopes to do much more than encourage sustainability in its own operations. She writes, "We aim not only to lower our own emissions, but to galvanize collective action across the retail supply chain to bend the curve on emissions."

Walmart has already secured the support of more than 400 suppliers through their Project Gigaton initiative. Introduced in April of 2017, the project is dedicated to reducing greenhouse gas emissions by one billion metric tons before 2030. Walmart's efforts throughout its first year helped cut 20 million tons of greenhouse gases from the atmosphere.

The organization also hopes to cut back 18% of its own emissions by 2025. Walmart already leverages renewable energy sources for 28% of its operations. To reach its goal, however, the retailer plans to bring that number up to 50% over the next seven years.

Walmart CEO Doug McMillon is pleased with his company's success over the last several years, but suggests they've got a long way to go. He calls for nothing short of a transformation to both Walmart's operations and the retail space as a whole. "We're proud of this progress," he says, "but we know we can do more to create shared value and earn the trust of all our stakeholders."
Trending