The Supply Management Stories of the Decade 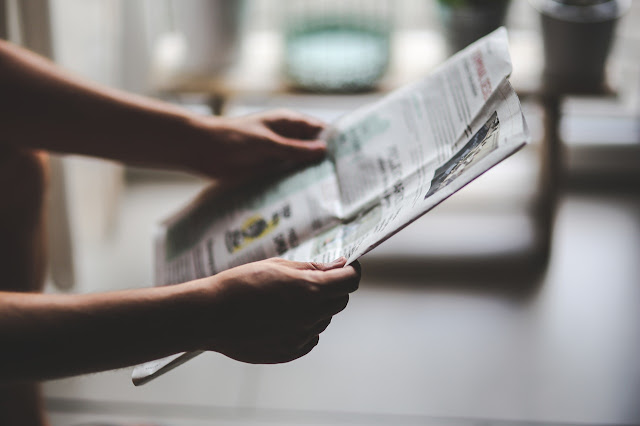 2018 was an especially exciting year for all of us at The Strategic Sourceror. We published over 600 blogs, shared over 50 infographics, and welcomed insights from a number of new guest contributors.

Most importantly, however, we reached a major milestone. It's hard to believe, but in 2018 we finished up our first decade. That's right. The Strategic Sourceror's team has shared news, insights, and best practices with all of you through three presidential elections, several dozen super hero movies, the Great Recession, and even a Cubs World Series win.

Surprisingly, some things haven't changed much in all that time.

The Federal Aviation Administration first started wrestling with commercial drone regulations back in our first year. Ten years (and countless pilot tests) later, they're still hard at work establishing guidelines around  these evolving tools. That being said, the decade has certainly seen huge shifts elsewhere. We're seemingly no closer to flying cars, but the prospect of sharing the road with driver-less vehicles looks less remote all the time.

Are things better in 2018 than in 2008? For Procurement, at least, they most definitely are. Once a purely tactical unit, its spent the last decade earning executive buy-in and adopting a more vital strategic role. New technologies, too, have helped organizations everywhere improve visibility across the value chain to reduce risks and better deliver on their business outcomes. While most of the much-hyped solutions are still in their nascent stages, early adopters are beginning to realize the tangible benefits of Artificial Intelligence and blockchain-powered solutions.

Music has gotten better too. When we introduced ourselves to readers, Flo Rida's Low was atop the Billboard Hot 100. Last week? Ariana Grande's Thank U, Next helped bring 2018 to a close.

Before we say 'thank you, next' to our first decade, let's take a quick look at our ten most popular blogs from these last ten years.

1. Wearable Technology - Sourcing Intelligence (September 10, 2013)
Well before the advent of the Apple Watch, Marck Goldstein discussed his love of the Pebble SmartWatch. At the time, he predicted that the always-on culture would make these 'wearable smart phones' increasingly popular, even necessary. It seems he was right.

2. Pulp and Paper Prices on the Rise Again? (May 4, 2017)
With demand for paper-based products on the rise, pulp and paper prices saw a decided spike in 2017. This blog examines some of trend's driving factors which included the growth of eCommerce and greater consumer spending. It was so popular it even inspired a follow-up.

3. Contents of a Thorough Marketing Statement of Work  (March 31, 2014)
This blog opens with a reminder that Marketing is often an especially tricky category for sourcing professionals. To reduce confusion, the author provides a step-by-step guide to developing a scope of work with best practices to employ at each stage.

4. Nestle Admits to Supply Chain Problems (November 24, 2015)
Business ethics was certainly a hot topic throughout 2018. The subject figured into our predictions for Procurement in 2019 and was at the heart of this 2015 blog. When Nestle announced publicly that they had sourced fish from suppliers tied to forced labor, the food and beverage giant distinguished itself as an especially transparent brand. In the year's since, their efforts to promote sustainability and transparency have continued to make headlines.

5. Who Down wit' CPP . . . or SPSM, CPM, or CPPM  (August 6, 2010)
There a lot of Supply Chain certifications out there. So many, in fact, that professionals can easily find themselves overwhelmed by all the acronyms. This blog offers some expert guidance to anyone looking to take their career in Procurement to the next level.

7. How Google and Apple Differ in Strategic Sourcing (August 12, 2013)
Back in the days when the iPod and Google+ still existed, we took a close look at the two tech giants' sourcing practices. One key difference lies in Apple's (highly controversial) decision to outsource almost all areas of iPhone production to Chinese factories. Google, for their part, retained a major manufacturing facility in Texas.

8. Samsung Supply Chain Mistakes: A Cautionary Tale (October 12, 2016)
Team iPhone likely felt some schadenfreude when Samsung was forced to recall more than 2.5 million Note 7's back in the fall of 2016. The incident was a case study in the importance of quality control, transparency, and visibility.

9. The Most Stupidest Contract Clauses, Part I  (April 28, 2009)
Source One's Joe Payne has reviewed quite a lot of contracts in his career. In that time, he's seen more than a few clauses make an impact for all the wrong reasons. He kicks off the first installment in this series with a take-down of the dreaded Most Favored Nations Clause.

10. Request for Information (RFI) - For Beginners (August 3. 2010)
This educational blog suggests that RFIs are an under-utilized tool within many Procurement organizations. Outlining the essential components of a good RFI and detailing their benefits, the author calls for organizations to let buyers leverage them more often.

It's been quite the decade, and we couldn't have done it without all of you. Thanks!