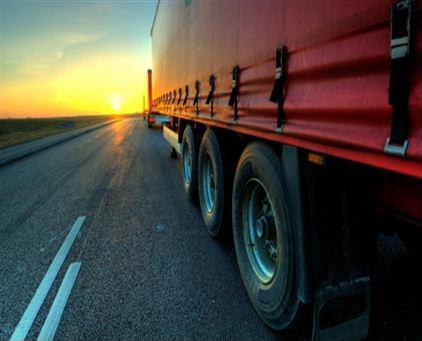 It's probably not very hard for drivers to imagine the ways in which self-driving cars could radically alter their own lives.

For starters, drunk driving could become a thing of the past. And daily commutes could become much more pleasant once you have the ability to take a nap or watch a show during your trip to the office. In fact, every trip into a bustling city will feel a lot less stressful once you no longer have to spend time hunting for a parking space.

While it's easy to daydream about how autonomous vehicles could improve one's personal life, it may be harder to predict the various effects such technology would have on industry. To that end, Supply Chain Dive recently reached out to three experts and asked them to make the business case for autonomous vehicles in the supply chain. Here are some of the biggest takeaways.


Autonomous vehicles could have a bigger impact on businesses than individuals

Most of the news we hear about autonomous technology concerns the various automakers that are working to create self-driving cars. While the futuristic-looking concepts being unveiled at auto shows may grab the headlines and capture the imagination, the effect that autonomous vehicles could have on the supply chain is potentially a much bigger story.

"Autonomous vehicles have a much more serious and quantifiable impact on supply chain logistics and operations than their potential for transporting people," says Mike Ramsey, senior research director of automotive and smart mobility at the global research company Gartner.

Ramsey cites the Swedish transportation company Einride, which believes there is a $1 trillion market for autonomous logistics that will move goods inside of factories and between warehouses. While he admits this vision of the future of automation "isn't as sexy as a fleet of 80,000 Waymo cabs picking up passengers around the globe," he still finds it more likely.

These sorts of speculative conversations can sometimes be dismissed as the stuff of science fiction, but Ramsey is quick to point out that there are already some examples of autonomous vehicles being successfully integrated into a supply chain.

For starters, the aforementioned Einride has already begun using its own autonomous electric truck to run pallets on a 10 km stretch between warehouses in the Swedish city of Jönköping.
"It's a small step, but it makes business sense, solves a problem and can be easily adapted to any business,"' says Ramsey.

And in Australia, the Rio Tinto Group has more than 80 autonomous mining trucks, which in 2016, operated an average of 1,000 more hours than conventional haul trucks, and did so at a 15 percent lower load and haul unit cost.

Ramsey cites both companies as real-world instances of autonomous vehicles being used more frequently and efficiently than their human-operated counterparts could function.

On the other hand, both of these examples are still a long ways away from a world in which every eighteen-wheeler you ride next to on the interstate has an empty driver's seat.


It could still take a while to catch on

"Autonomous vehicles in the supply chain still have many more hurdles to clear before anyone gives them room to pass on local roads or highways," cautions Sean Maharaj, director of transportation, logistics and retail practices at the business management consultant AArete.

Maharaj cites the negative media reaction to Uber's various autonomous vehicle accidents when speculating that autonomous vehicles could be one industry "disruption" that society .
Other potential roadblocks include government regulations, legal risks, uncertainty surrounding questions of liability and the sheer cost and technical support required for the continued maintenance of the technology.

In fact, because of the many headaches that could arise during the pioneering stage of introducing autonomous vehicles to the supply chain, there are probably very few benefits to being an early-adopter of the technology, says Cort Jacoby, a partner at the global management consulting firm A.T. Kearney.

Jacoby goes so far as to estimate the only a 1 percent of companies today would reap financial and operational rewards from pursuing the early adoption of autonomous vehicles.

"For the vast remainder of the companies depending on logistics to move good across their respective supply chains," Jacoby says, referring to the other 99 percent, "there are many opportunities to extract efficiencies and further optimize current operations through commercially available and proven technology, for example backhaul optimization, carrier visibility and rapid load/unload, that are not even close to being extracted."

The appeal of self-driving cars and trucks is obvious, both for private and commercial use. But there are many steps that will have to be taken to go from our current world to one in which autonomous vehicles are the norm, and the companies that take those first few tentative steps will have to assume a lot of risk in doing so. For that reason, many companies may continue to utilize existing supply chain solutions rather than chance a high-tech solution.

Furthermore, even if early-adopters do end up paving the way for the rest, there are still other considerations to be had when contemplating the widespread commercial implementation of autonomous vehicle technology.

While the rewards for industry are obvious, so too are the disadvantages for workers. Just a few months ago, the Wall Street Journal reported on a new research paper that projected nearly 300,000 long-distance truck drivers could have their jobs replaced by autonomous driving technology over the next 25 years. In the same way that factory closures have led to talk of tariffs, this threat to workers might inspire a backlash that, when combined with fears over the safety of self-driving vehicles, may inspire some form of anti-autonomous legislation.

Still, the supply chain world is one which even the most marginal of savings are valued, and in which driver shortages and labor wages are frequent issues. For those reasons alone, future fleets of self-driving trucks may already be inevitable, even if the experts disagree on just how soon they'll start showing up on the road.
Procurement News