Home Unlabelled Is Your Job Like a Horror Movie? 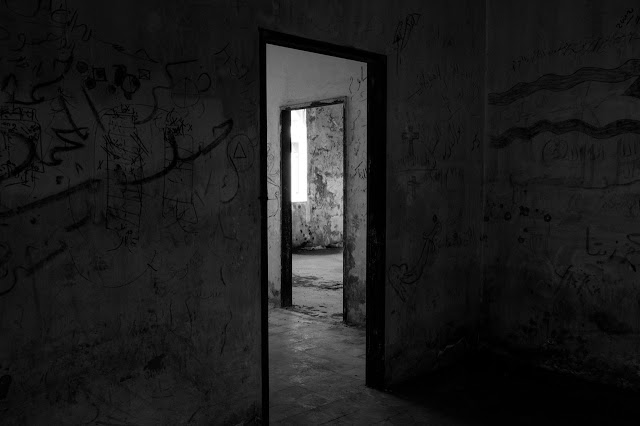 On this week's episode of the Source One Podcast, host Bennett Glace is shaking things up. Though he's usually heard interviewing members of Source One's spend management team, he's decided to turn the spotlight on himself. What's the special occasion? The Academy of Motion Picture Arts and Sciences just announced their nominees for the 91st Academy Awards.

Earlier this week, Glace shared some reflections on the nominated films and the lessons they can teach Supply Management professionals. Today, he turns his focus to a genre that's conspicuously absent from the list of nominees: horror. For a majority of Americans, he suggests, this is the genre that most resembles the workday. "A paltry 19% of professionals," he remarks, "rarely or never think about quitting their jobs."

Using horror cinema's tropes as a jumping off point, he offers up four telltale signs that it's time to get out while you still can. How can you tell if a job is haunting your life? Glace advises keeping an eye out for the following:

Not everyone will become fast friends with their co-workers. We should all hope, however, that we can at least get along with them. Toxicity can take many forms. Glace lists tyrannical leadership and incessant gossip among the most common. However it reveals itself, he suggests it can quickly make your average weekday a terrifying endeavor.

"We spend a third of every weekday at work," says Glace. You would think that this would inspire professionals to seek out jobs that inspire and challenge them. Recent Gallup polls suggest this is rarely the case. In addition to wasting their own time, disengaged employees are a often a burden to their employees as well.

Characters in horror movies, Glace says, are particularly fond of excuses. Whatever ghostly events take place, you can count on a scary movie's protagonist to try and explain it away. In that respect, Glace believes they're not so different from unhappy professionals. "Looking for the bright side in a job you hate," he says, "is like staying put in a haunted house cause it's got a big yard."

Advancement is much more than a new title or a heftier salary. Glace reminds listeners that moving through the ranks is a sign that they're valued and respected by their employer. If there's nowhere to go internally, he encourages listeners to seek out new and exciting opportunity elsewhere. He concludes, "Horror movies might recycle the same narratives, but your work life shouldn't."