Home Infographics How Apple and Google differ in strategic sourcing

How Apple and Google differ in strategic sourcing 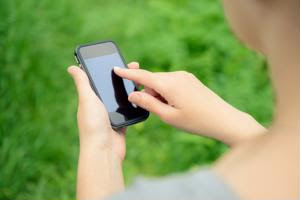 Apple and Google are two tech giants that could define their business models with their differences in strategic sourcing. As part of their strategic sourcing best practices for the smartphone market, Apple focuses on iPhone production in China for quick output while Google chose to assemble its first smartphone in the U.S. to appeal to domestic buyers. Their decisions regarding how to manufacture and assemble their products impact the domestic and foreign labor markets in differing ways.

An infographic designed by Finances Online and the Ruby Media Corporation shows Apple assembles almost all of their iPhones in factories in China. PC Magazine attributes this outsourcing decision not on purely on labor cost-savings but on the fact that Chinese factories are able to produce smartphones in large volumes very quickly. Of the 70 million iPhones sold in 2011, none were manufactured in the U.S. while 85 percent of all iPhone 5s were assembled in China. For 2011, Apple outsourced an estimated 700,000 workers abroad.

"Steve Jobs once said that the iPhone jobs won't be coming back to America not because of cheap, labor, but because Asian factories product fast, really fast, and at a much larger scale and flexibility," the infographic stated.

Not only is Apple sourcing most of its assembly jobs from China, many of its iPhone parts - including its screen, glass polishing, speakers and vibration unit - come from rare Earth minerals that mostly come from China. iPhones are also equipped with a product called Gyroscope from French-Italian company STMicroelectronics designed to shift the screen display from portrait to landscape view.

The amount of U.S.-based jobs is impacted by what tech companies sense what consumers want. While Google does not manufacture its smartphones in the United States, it began an initiative to increase the number of assembling jobs based in America, Google Chairman Eric Schmidt and Motorola Mobility CEO Dennis Woodside said in a video by CNN Money. The tech company decided to assemble its Moto X smartphone in Texas because its phones are customized to express different styles and users are starting to prefer products assembled in USA.

As part of its production supply chain, Google has screens manufactured in South Korea and computer chips made in Taiwan, as well as sources from 16 states. While many iPhone parts are manufactured abroad, vital components are still produced in the U.S. its core parts are created in America along with its design, software and marketing, leading to more jobs. Apple generated 598,500 jobs in the U.S. in 2012, with the majority being in the iOS app community. This is a huge increase from the 43,000 U.S. jobs held domestically and 20,000 U.S.-held jobs abroad reported in 2011.

By choosing to assemble 70 percent of its newest smartphone in a manufacturing factory in Texas, Google generated 2,000 high-end manufacturing jobs based in the U.S. Schmidt said there were "plenty of jobs for sophisticated manufacturing" provided they have technical training and learn how to run the proper equipment, but these skills are in short supply. He said the education system does not provide the individuals who need to do these high-end functions and jobs.

"The American renaissance in manufacturing - in oil and gas production, in energy, in technology - is being held back by the lack of Americans who can do this," Schmidt said. "How you can fix this is by fixing education. More competition, more choices, more access to the Internet and so forth."