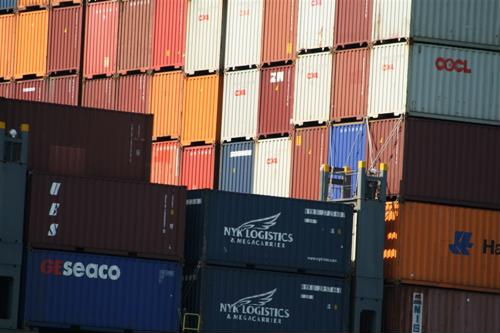 In a recent Forbes article, contributor Steve Banker looked back on some of the most important supply chain stories of 2018. Listed among the major trends and news items of the past year was the uncertainty over Brexit, retailers' widespread adoption of rapid delivery practices to compete with Amazon and the effect of natural disasters on the supply chain.

Singled out as the biggest supply chain story of 2018, and one likely to continue developing on into 2019, was the Trump administration's trade policies, including the tariffs and trade wars that seem likely to heat up in the new year.

The year kicked off with tariffs of 30 to 50 percent on solar panels and washing machines, which were imposed in January of 2018. In March, the Trump administration imposed a 25 percent tariff on steel and a 10 percent tariff on aluminum from most countries, which in June was extended to apply to the European Union, Canada and Mexico.

While Morgan Stanley estimated that the combined duties impacted just 4.1 percent of all U.S. imports, they still led to retaliatory tariffs from trading partners and talk of the United States entering into a trade war with Canada and Mexico.

However, a new trilateral trade agreement designed to replace the 1994 North American Free Trade Agreement was eventually announced in September and signed by leaders of all three countries in late November.

Known as the United States-Mexico-Canada Agreement, the new trade agreement is still awaiting legislative approval, but could have a profound impact on America's retail supply chain if and when it is adopted.

For retailers, the most notable provisions of the USMCA include changes to rules of origin for automobiles. Under current NAFTA requirements, at least 62.5 percent of a vehicle must be built from parts made in North America, while the USMCA raises that number to 75 percent. The new agreement also mandates that 40 to 45 percent of an auto be built by workers being paid at least $16 an hour.

The U.S. and China have also gone back and forth on multiple rounds of retaliatory tariffs, which began when the Trump administration placed a 25 percent duty on $50 billion worth of goods imported from China.

The trade war cooled down in the winter, as President Trump and Chinese President Xi Jinping agreed at a Dec. 1 meeting to a temporary truce. As a result, the U.S. is delaying by 90 days a planned increase of tariffs on $200 billion worth of Chinese goods, which was originally scheduled to rise from 10 to 25 percent on Jan. 1, 2019. China, in turn, agreed to reduce tariffs on American-made cars and auto parts from 40 to 15 percent, though the timing of those cuts has not been finalized, according to Banker's Forbes analysis.

Additionally, it's unknown whether the two nations will manage to come to some sort of agreement before the 90-day truce expires, which creates even greater uncertainty for retailers at the start of the new year.

"For retailers, as you're trying to plan out your year, not knowing how your costs will be impacted is a challenge," said Jonathan Gold, vice president of supply chain and customs policy for the National Retail Federation, in a conversation with Supply Chain Quarterly. "It's that uncertainty that has folks concerned."

This rings especially true for smaller companies, which often struggle to adjust to the tariffs as easily as their larger competitors.
Procurement News