Home Packaging Pulp And Paper Prices On The Rise Again? The Aftermath of Hurricane Harvey and Irma

Pulp And Paper Prices On The Rise Again? The Aftermath of Hurricane Harvey and Irma 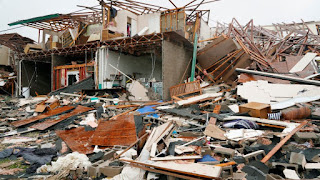 On my previous blog, “Pulp and Paper Prices On The Rise Again”, I discussed the main factors impacting the pulp and paper industry and the increases that are expected in the near future. As mentioned, the price of wood pulp was forecasted to rise at an annualized rate of 5.1% in the two years to 2019. Though, at the time, a natural disaster as big as Hurricane Harvey and Irma were not foreseen nor built into the forecast. Damages caused by Hurricane Harvey have been estimated anywhere from $65 billion to $190 billion, while Irma is thought to have caused $50 billion to $100 billion in destruction. The packaging industry, as well as several other industries, have been impacted by the post hurricane effects.

According to Bergmil, a total of 18 pulp and paper mills from Texas to Georgia and Florida were forced to shut down due to damages from Hurricane Harvey and Irma. The total combined production capacity of these mills is near $6.5 million tons a year; this resulted in an immediate supply disruption on materials coming from that region. The demand for paper-based packaging products continues to increase, but supply rests at its lowest point to date. The question that remains unanswered is how will this affect the pulp and paper industry and do we expect any more increases in the near future? Well, if we compare Hurricane Harvey and Irma to a similar disaster in the past, Hurricane Katrina we can get an understanding on potential price increases coming our way.

To confirm potential price increases, I reached out to a few packaging suppliers that I am currently engaged with on a sourcing project that Source One was asked to undertake for a large client. After discussing the current market with multiple suppliers, each confirmed that they are expecting price increases to hit as of November 1, 2017. The exact percent increase is still unknown, though by comparing increases from Hurricane Katrina we can expect some significant increases to be underway. Source One has extensive experience in the packaging category and can help you reduce your packaging costs. To learn more click here.